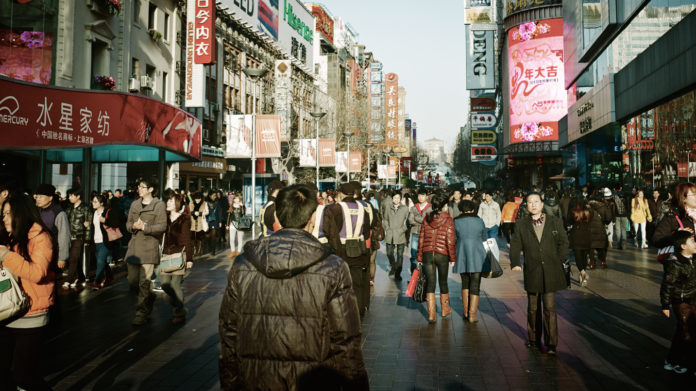 China’s economy is expected to have grown to 90 trillion yuan ($13.7 trillion) this year, said senior economic officials on Saturday.

Han Wenxiu, deputy director of the Office of the Central Financial and Economic Affairs Commission, a top economic decision-making group, said at an economic forum in Beijing that China’s economic growth and income growth were rising steadily.

Ning Jizhe, vice director of the National Development and Reform Development, told the same forum that China’s GDP growth may hit its 6.5 per cent target this year, rising from 82.7 trillion yuan last year.

“There is another important indicator, which is the population of the middle-income group,” said Ning. “It will exceed 400 million this year, which is exactly the foundation for China’s economic transformation.”

The remarks came in the wake of the three-day Central Economic Work Conference, which set the major economic policy decisions for next year.

China’s top leadership pledged to make deeper tax cuts and expand fiscal spending to counter the economic headwinds. It said it would expand domestic consumer spending and upgrade the technology level of the manufacturing sector and increase its competitiveness.

The decision-makers did not mention the controversial “Made in China 2025” plan in the statement wrapping up their meeting, but said China would encourage technological progress and innovation.

US Treasury Secretary Steven Mnuchin said last week that trade negotiators from the two countries would meet in January. It was expected that both sides would address deep-rooted conflicts such as US complaints about China’s heavily state-subsidised industries and technology development plans favouring domestic firms.

China’s reliance on US suppliers for key technologies has been challenged this year due to American concerns about the speed at which the former is catching up with it.

The US decision earlier this year to cut off chip supplies to ZTE, one of China’s leading telecom companies nearly crippled the tech giant’s operations and served as a wake-up call for Chinese technological ambitions.

Han told the forum that China’s reliance on foreign suppliers for core technology was like “being seized by the throat”.

“The situation has made us determined to push independent innovation,” Han said. “But such innovation is not enclosed – it continues to open to the outside world. Globalisation is the basic trend of world economic growth.”

The country’s growth slowed to a decade-low rate of 6.5 per cent in the third quarter and observers warned downward risks would weigh on the economy next year, including weak consumption and export growth.