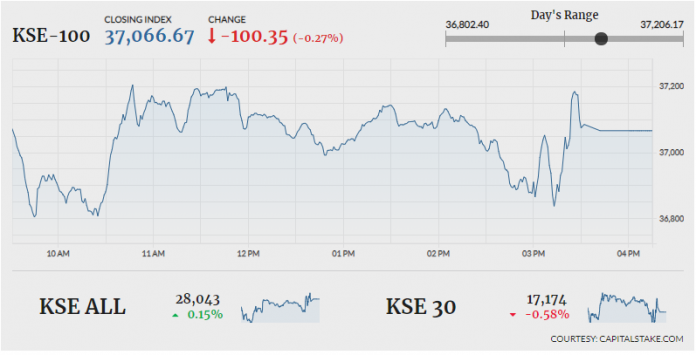 KARACHI: Failing to close the last trading session of the year positive, the Pakistan Stock Exchange (PSX) was once again taken over by bears. Indices continued to bleed for the most part of the day while volumes improved significantly. Foreign investors ended the year as net-sellers with a total outflow of $533.18 million (until Friday’s session).

As per news reports, the Oil and Gas Regulatory Authority (OGRA) has recommended a decline in the prices of petroleum products for the month of January 2019 by up to 13.5pc.

Noon Sugar Mills Limited (NONS -4.99pc) nearly touched its lower-lock after the company announced its financial results for the year ending 30th September 2018. A final cash dividend of Rs2.60 was declared by the company. Sales surged up by 3opc YoY, while earning per share improved from Rs8.73 in FY17 to Rs12.76 in the current year.