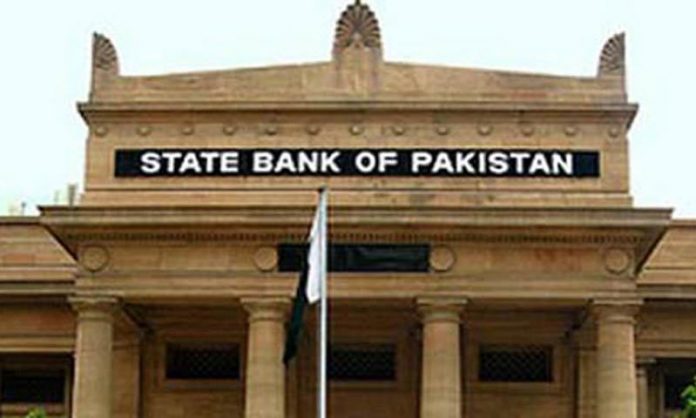 LAHORE: Fitch Solutions in a report released on Monday said it expected the State Bank of Pakistan (SBP) to keep the interest rates unchanged for the remainder of the current financial year 2018-19.

According to the report, the central bank had surprised the market by hiking its key interest rate by 150 basis points (bps) to 10% on November 30th, 2018, bringing the cumulative rises for 2018 to 425 bps.

The research agency stated the upside pressure on nominal rates has come even with a decline in headline consumer price inflation (CPI), which fell for two consecutive months, clocking in at 6.2% year-on-year in December.

It observed that this put the real interest rate solidly in positive territory and is indicative that the central bank is taking pre-emptive measures to avoid an inflation spiral.

Fitch Solutions said with price pressures likely to remain stable over the coming months because of a fall in global oil prices and pre-emptive interest rate hikes will assist in counterbalancing the second-round impacts of the rupee depreciation.

The research agency believes the central bank is now ahead of the curve and will keep the interest rates unchanged for the remainder of current FY19 as it balanced the requirement to assist economic activity and preserve price stability.

Profit reached out to Arif Habib Limited (AHL) Head of Research Samiullah Tariq for comment regarding his views about the research agency’s projection.

He said, “Yes, it is quite possible due to a decline in oil prices and lower than expected inflation till now.”

For inflation to increase to 8%, the inflation for the remaining half (Jan-June) of current FY-18-19 should average 10%, which seems unlikely.”

As per the research agency, there was a divergence between the headline and core inflation indicates the impact of the decline in oil prices.

It added that the decrease in energy imports and the cumulative interest rate hikes last year will assist to stabilize Pakistan’s external account and bulwark the rupee, permitting core inflation pressures to move lower over the coming months.

The central bank will assume a wait and see approach in the forthcoming months as it evaluates the effect of the aggressive interest rate hikes that have occurred over the past year and diverts its focus to supporting economic growth, said Fitch Solutions.

Also, it observed the central bank had been “behind the curve” in respect to the upward increase in inflation in 2018, however, now appears to have moved ahead of the problem

The policymakers will be mostly aware of subverting economic activity over the coming month, especially as an IMF bailout agreement will mean that economic growth drawbacks are likely to escalate due to fiscal tightening.

The fall in global oil prices will assist in stabilizing the rupee and avoid an escalation of higher inflation and currency weakness from taking hold in the near-term said Fitch Solutions.

However, it warned from a long-term perspective, money and credit growth remain troublesome and indicate inflation pressures are probably going to remain fairly high.

“This outstrips nominal GDP growth of around 12% per annum and suggests that risks to our interest rate view remain skewed to the upside, particularly beyond FY18-19,” said Fitch Solutions.