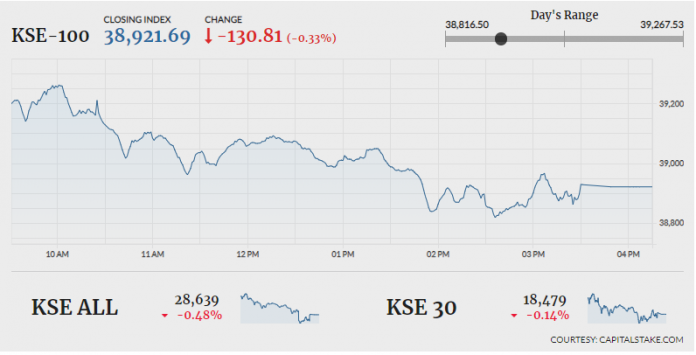 KARACHI: Breaking its two-day winning streak, the Pakistan Stock Exchange (PSX) ended the session on Wednesday in red. Indices swung aggressively in both directions until they finally picked the negative path to end lower.

The World Bank has projected Pakistan’s economic growth to slow down to 3.7pc in the current financial year 2018-19, as per latest semi-annual report. During FY2017-18, the growth rate estimated by the bank was recorded at 5.8pc.