Schemes for overseas Pakistanis being misused by commercial importers 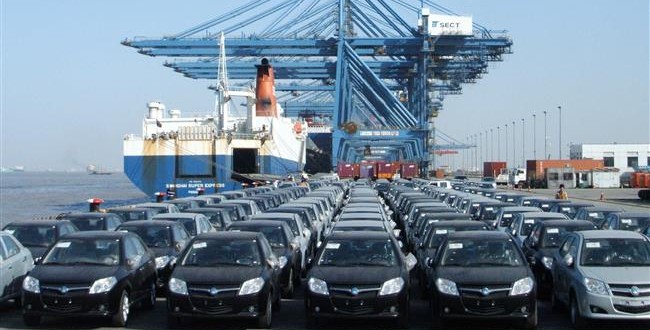 ISLAMABAD: The commercial importers are unabatedly misusing the personal baggage, transfer of residence and gift schemes, as only five per cent of cars have been imported by genuine overseas Pakistanis since the announcement of these schemes, it was learnt on Saturday.

“We have reports that people associated with the business imported dozens of vehicles by collecting passports and other documents from Pakistanis residing in foreign countries,” officials claimed, adding that appropriate measures in this regard would not only reduce the import of used cars but would also save precious foreign exchange which would ultimately facilitate the external balance of payment position to some extent.

Presently, they said, the trade gap is one of the major problems for the government, as it instigates the need for external financing. In order to reduce the trade gap, the government has already imposed an import regulatory duty on the import of luxury items, officials added.

Earlier, on October 6, 2017, a meeting of the Economic Coordination Committee (ECC) of the Cabinet considered a proposal of the Commerce Division on the rationalization of import in order to contain the misuse of these schemes.

The then ECC had also decided, “For all vehicles in new/used condition to be imported under transfer of residence, personal baggage or under gift scheme, the duty and taxes will be paid out of foreign exchange arranged by Pakistan nationals themselves or local recipient supported by bank encashment certificate showing conversion of foreign remittance to local currency.”

The decision led to the effective restriction in the import of used vehicles, as around 6,000 vehicles were left stranded at the seaport while commercial car importers protested.

Subsequently, on the recommendation of the then adviser to the prime minister on finance, the Commerce Division moved another summary with a proposal that the new requirements for vehicles would arrive after February 28, 2018.

However, a meeting of the ECC on February 7, 2018, decided to revert to the earlier mechanism which was in vogue prior to ECC’s decision with a direction to the Commerce Division to deliberate on the issue holistically in consultation with all stakeholders and submit a summary with viable recommendations to the ECC for consideration.

The two meetings with stakeholders were held in the Commerce Division with the last one in May 2018. In compliance with the ECC decision, the representative of the Ministry of Overseas Pakistanis and Human Resource Development, while supporting the continuation of the schemes, stated that around 5pc of cars under these schemes were imported by the bona fide overseas Pakistanis.