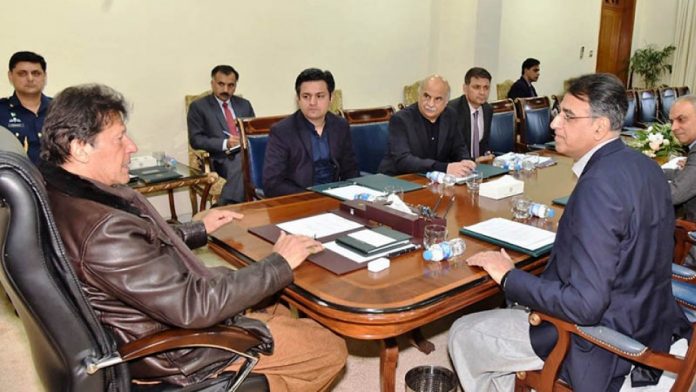 ISLAMABAD: Prime Minister Imran Khan on Wednesday directed the Federal Board of Revenue (FBR) to focus on tax recovery from the “influential” tax evaders and bring the non-filers into the tax net.

He was chairing a meeting regarding reforms in FBR at Prime Minister Office. Finance Minister Asad Umar, Minister of State for Revenue Hammad Azhar, FBR Chairman Jahanzaib Khan and other high officials attended the meeting, according to a media release.

The FBR chairman briefed the prime minister about the progress on the steps that were taken to detect offshore assets of Pakistani citizens and the recovery of taxes under the country’s laws.

Addressing the meeting, the prime minister said the ongoing reforms in the FBR was a part of the reform agenda of the government.

He regretted that the previous governments had ignored removing the weaknesses in the tax system.

“A country where 30 per cent of the budget was being spent on payment of interest on loans, ignoring the loopholes in the present tax system was a criminal negligence,” he deplored.

About Benami assets, the prime minister directed for early completion of rules under the relevant legal provisions.

It is pertinent to mention that earlier this month, FBR had informed the Supreme Court (SC) that it has recovered Rs167 million from Pakistani citizens holding undisclosed foreign bank accounts and assets abroad. “Rs167 million have been recovered so far, whereas notices for the recovery of another Rs147m have been sent,” the FBR head had said in a reply to the former Chief Justice Saqib Nisar’s query.