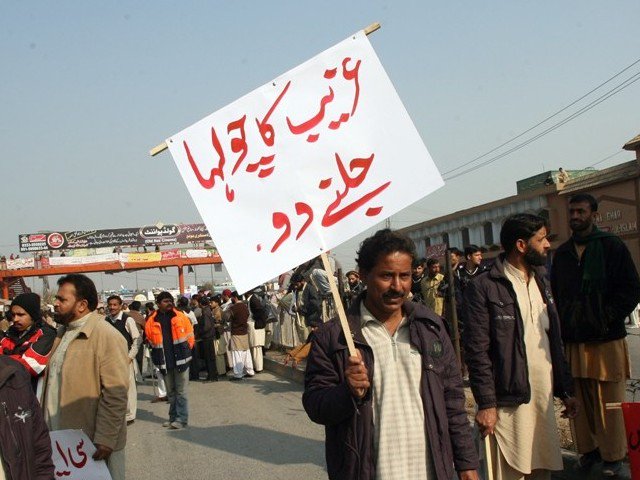 ISLAMABAD: The recent increase in domestic gas bills is attributed to the Oil and Gas Regulatory Authority (OGRA) as it maintained gas tariff at the same level for four years, sources revealed on Tuesday, adding that the introduction of higher billing slabs by the incumbent regime and Sui Northern Gas Pipeline Limited’s application of higher-pressure factor on gas bills also contributed to the increase.

Sources in the Petroleum Division informed Pakistan Today that masses were handed inflated and excessive gas bills apparently because OGRA had maintained gas prices at the same level for four years in violation of its ordinance, while the introduction of irrational slab prices by the incumbent regime also contributed in the increase.

Similarly, they added, application of higher-pressure factor by SNGPL on domestic gas bills also caused an increase in the bills.

Sources said unfortunately, the petroleum ministry has so far not appointed permanent official/s to examine the determination of OGRA regarding gas prices. Instead, an official from an exploration and production (E&P) company has been looking after these affairs for many years, they claimed.

They said the government may change the prices of different slabs after a four-member committee was appointed by Prime Minister Imran Khan to probe into inflated and excessive gas bills to gas consumers.

Sources claimed that SNGPL and OGRA are at loggerheads over the application of higher-pressure factor by the SNGPL on domestic gas bills. So far, SNGPL has set aside the advice of OGRA regarding the application.

They said that OGRA had earlier directed SNGPL to re-examine the application of correct pressure factor in the domestic gas bills and make an adjustment on this account to ensure the compliance of clause 11 of the standard supply contract.

Official sources at OGRA, on the condition of anonymity, said that application of higher-pressure factor by the gas company has resulted in higher gas bills and it may put the consumer on the next higher billing slab.

They said OGRA also advised SNGPL to provide the data of additional gas volume booked by it from the domestic gas consumers (by application of pressure factor over and above 8 inches of water column) during July to December 2018 on an urgent basis.

It is pertinent to mention that as per contract for supply of gas to domestic consumers presently in vogue, gas is to be supplied at 8” water column above atmospheric pressure as mentioned in clause 11.

According to the clause, “Natural gas shall be supplied at a pressure not exceeding 8 inches of water column above atmospheric pressure. The volume of gas shall be recorded in cubic feet or cubic meters on the meter, which shall be converted to energy units i.e. Million British Thermal Units (MMBTU) based on the average BTU per cubic foot (at absolute pressure of 14.65 pounds per square inch and a temperature of 60 degrees Fahrenheit) recorded on the calorimeters and/or gas chromatographs for the particular city/town, village or locality where the consumer is located.”

However, it may also be noted that as per clause 18(iv) of the contract, any domestic consumer who increases his/her gas pressure at more than 8” water column above atmospheric pressure, violates the contract which may lead to its termination.