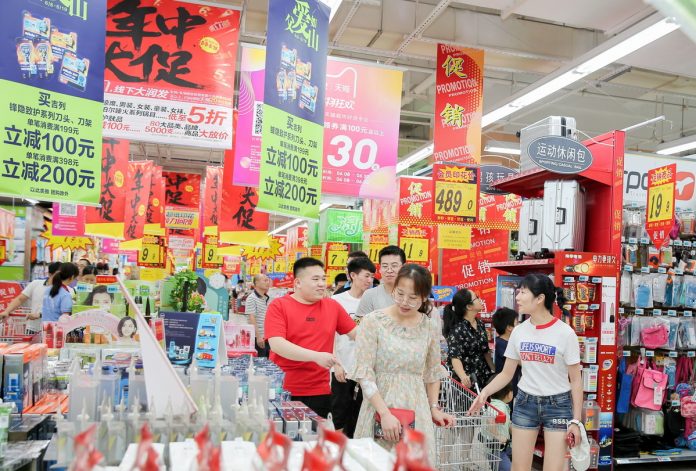 BEIJING: Consumption growth in China is “very likely” to slow further this year as the economy cools, the commerce ministry said on Tuesday, underlining the rising risks facing the Asian giant as it navigates a trade war with the United States.

Chinese authorities have already rolled out a flurry of support measures to temper the effects of the trade dispute on businesses and investment and are counting on the nation’s vast consumer base to cushion a broader economic slowdown.

“The medium- to long-term accumulated contradictions and risks throughout economic development are going to become more prominent in 2019,” Wang Bin, a commerce ministry official told reporters during a briefing.

“The pressure facing the consumer market will increase and consumption growth is very likely to slow further.”

Wang said softness in retail sales last year, which saw growth averaging 9 percent for the slowest in 15 years, was due to “periodic” weakness in car sales and housing-related spending, though other categories continue to post “relatively normal” growth.

Sales in the world’s biggest auto market shrank for the first time since the 1990s.

Retail sales growth during the just concluded Lunar New Year holidays slipped to its lowest since at least 2011, further evidence consumers remain cautious as the economy hits the brakes.

However, Wang cautioned against becoming overly gloomy on the retail sector, saying government policy support measures should cushion the downside.

Indeed, the luxury goods market appeared to have been unscarred by the general slowdown in the retail sector.

The official gauge of retail sales only covers spending on physical goods and excludes services.

Royal Caribbean Cruises Ltd said it was heading into 2019 with record bookings for cruises and seeing higher demand from Chinese tourists.