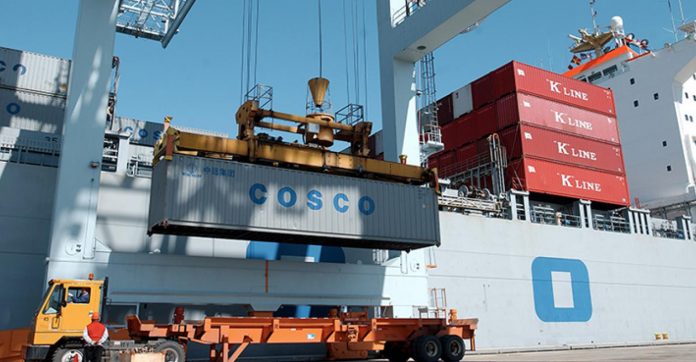 ISLAMABAD: The import of transport services by Pakistan from other countries witnessed a decrease of 11.54 per cent during the first five months of the current financial year (2018-19) as compared to the corresponding period of last year.

The air transport services’ imports decreased by 0.72pc to $579.990 million during the period under review against $584.180 million last year.

Among sea transport, the freight services imports decreased by 19.45pc while the imports of other services increased by 10.18pc.

The services of road and rail transport imports witnessed a decline of 65.47pc and 50.93pc during the period under review.

It is pertinent to mention that overall services trade deficit shrank by 29.11pc during the first half of the current fiscal year compared to the corresponding period of last year.

Meanwhile, the country’s merchandize trade deficit plunged by 9.66pc during July-January (2018-19) as the deficit contracted by over $2 billion to $19.264 billion in the period under review against the deficit of $21.324 billion recorded during same period of the previous year.