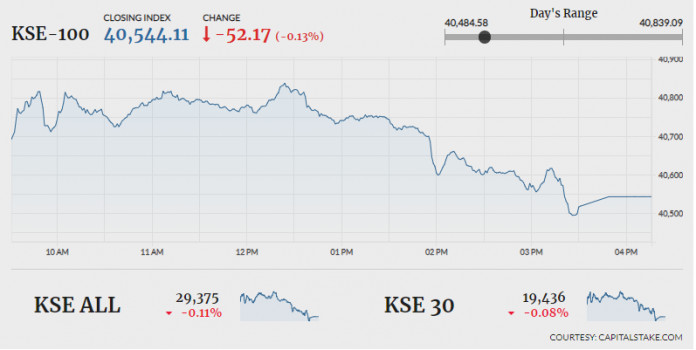 KARACHI: After a positive close in the previous session, Pakistan Stock Exchange was back in red zone on Wednesday, as indices that opened green sunk drastically in the afternoon session.

Foreign investors continued with their buying trend, as a net inflow of $3.56 million was recorded on Tuesday. Moreover, oil prices went up by nearly 2pc after Saudi Arabia planned to cut production.

NetSol Technologies Limited (NETSOL -4.99pc) declared its financial results for the second quarter of Financial Year 2018-19. Sales were up 24pc YoY, while earnings per share improved slightly from Rs5.38 in the same period last year to Rs5.93 in the current year.