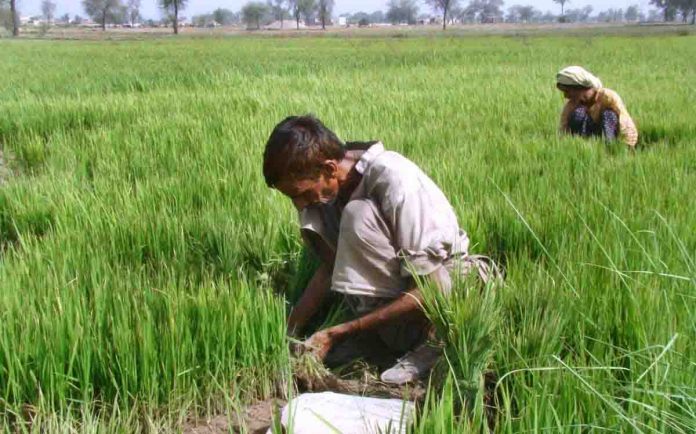 Special Assistant to Prime Minister on Parliamentary Coordination Nadeem Afzal Chan said on Thursday that parliamentarians must raise their voice for the rights of peasants, urging them to raise issues of farmers on their party forums.

In a consultative meeting between Pakistan Kissan Ittehad and the parliamentarians, Chan said the country’s survival is dependent on the farmers, adding that a comprehensive policy should be devised regarding agriculture.

Speaking on the occasion, National Food Security and Research Minister Sahibzada Muhammad Mehboob Sultan said agriculture is among the top priorities of the government, as this particular sector remained neglected in the past.

He vowed that the government would bring agricultural revolution in the country. “The next budget will lay a special focus on agriculture while grant for the sector would be increased significantly.

Parliamentarian Fehmida Mirza said concerted efforts are needed to address the issues faced by peasants and the overall agriculture sector. She sought the formation of an agriculture policy on the basis of seasonal changes.

In December last year, the farmers of Punjab, under the banner of Pakistan Kissan Ittehad, had launched a protest in Lahore to press their demands.