Four Punjab airports to remain closed for flights till March 4 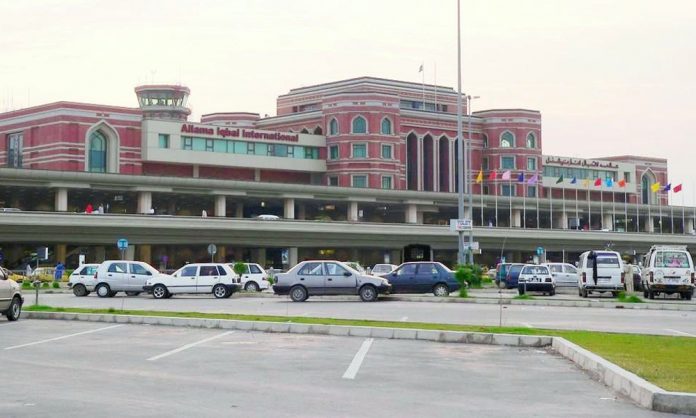 –Operations at airports in Lahore, Sialkot, Faisalabad and Multan will remain suspended till 1pm on Monday

–Flights to and from Islamabad, Quetta, Peshawar and Karachi will resume under restricted airspace

Operations at major airports had been suspended following a temporary suspension of local and international flights amid escalating military tensions with India.

According to a CAA spokesperson, “Flights to and from Islamabad, Quetta, Peshawar and Karachi will resume under restricted airspace.”

“However, a decision regarding the resumption of flight operations at Lahore, Sialkot, Faisalabad and Multan airports will be taken at a later time,” the spokesperson said

In addition to that, Pakistan International Airlines also announced that it will resume its flight operations from 6pm and the passengers are being informed of the schedule through phone calls.

Saudi Arabian Airlines also confirmed that its first flight will arrive in Karachi at 6pm.

Earlier, Pakistan kept its airspace closed amid escalating tensions with India. However, CAA said that flight operations across the country resumed at 5am on Friday.

CAA clarified that the earlier notification which mentioned that the airspace had been closed “until 2359HRS of February 28” was as per Greenwich Mean Time (GMT) which is 5am on March 1 PST.

“Since the existing NOTAM is effective until 2359HRS of February 28, Pakistan airspace shall remain closed. Please stay in touch with your airlines for the timely update on any further changes,” CAA tweeted.

Several airlines, including Emirates, Air Canada and Qatar Airways, suspended flights to Pakistan owing to closure of its airspace.

Tension has been elevated since the Pulwama attack on February 14 in which over 40 Indian paramilitaries were killed in occupied Kashmir.