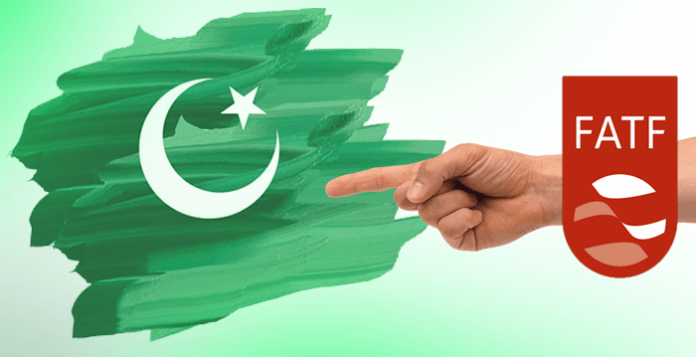 ISLAMABAD: Pakistan has raised concerns over the Financial Action Task Force’s (FATF) decision to appoint India as Joint Group’s co-chair, saying the decision would undermine the authenticity of the watchdog.

Pakistan is in the crosshairs of the Paris-based global body over its failure to take counter-measures against money laundering and terror financing despite repeated warnings.

In a letter written to its president Marshall Billingslea, Finance Minister Asad Umar expressed concern over the involvement of India, saying it would undermine the peer evaluation process in the backdrop of New Delhi’s hostility towards Pakistan.

The finance minister suggested that FATF appoint some other country as co-chair of the joint group to ensure an impartial assessment of Pakistan’s progress with regard to the FATF action plan to evade black-list.

The minister said India’s animosity towards Pakistan was well known and the recent violation of Pakistan’s airspace and dropping of bombs inside Pakistani territory was its manifestation.

The letter also alluded to the Indian finance minister’s statement regarding efforts for global isolation of Pakistan and Indian call for the blacklisting of Pakistan during the ICRG [International Country Risk Guide] meeting on February 18, a demonstration of intentions to hurt Pakistan’s economic interests.

The minister stated that given the “clear Indian motivation to hurt Pakistan’s economic interests, Indian presence among the evaluators and as co-chair of the Joint Group would undermine the impartiality and spirit of the “peer review” process, which lies at the heart of FATF’s methodology and objective assessment.

“The ICRG and FATF meetings must not be allowed to be used as a platform by India to make political speeches against Pakistan,” Asad Umar said, adding that the sanctity of FATF processes require that separate assessments by individual countries for politically motivated outcomes are not allowed under the ICRG review.

Pakistan raised its concern with the Asia Pacific Group in June last year, over India’s negative attitude and its intentions to hurt Pakistan’s interests but no action was taken in regard to re-composition of the Joint Group.

In June 2018, Pakistan was included in the international financial watchdog’s grey list on a proposal initiated by US, UK, France and Germany in January 2018. The FATF is scrutinising Islamabad for allowing militant outfits to operate from its soil.

Pakistan’s case is monitored by Asia Pacific Group, a regional associate of the FATF, that reports on the progress of the 27 agreed actions. It has time until October to prove that it is taking steps to curb terror financing.

The Asia-Pacific Joint Group is due to visit Islamabad on March 24. The delegation would review Pakistan’s performance on the basis of Islamabad’s fresh exercise over the next two days (March 25-26) and submit its assessment report to the FATF headquarters.

Last month, Finance Secretary Arif Ahmed Khan had led the Pakistani delegation to Paris during the Feb 18-22 meetings of the FATF plenary and its group reviews. During the course of these meetings, Pakistan had banned the FIF and JuD on Feb 21 and has launched a countrywide crackdown on banned outfits, including Jaish-e-Mohammed. It has taken over a large number of seminaries and assets belonging to terror outfits in the current drive.

Complying with FATF action plan, it has also placed eight proscribed organisations to ‘high risk’ and start monitoring and re-examining their activities and profiles under heightened security checks at all layers of legal

In the recent month, tensions with India escalated dramatically after the Pulwama suicide bombing by a Jaish-e-Mohammed cadre. India accused Pakistan and conducted the first air raid inside its territory since 1971. Pakistan retaliated and shot down an Indian plane inside its airspace, capturing the pilot.

However, despite the Modi-led government’s offensive, Prime Minister Imran Khan said Pakistan would choose peace and also sent the Indian pilot home via Wagah. Pakistan also asserted that it would take action against the ones responsible, if on its soil, for cross-border terrorism.

After mediations by international countries, both neighbours backed off and subsequently sent the high commissioners back, who been asked to report home in the wake of tensions. Also, the Line of Control (LoC) ceasefire violations are frequent.