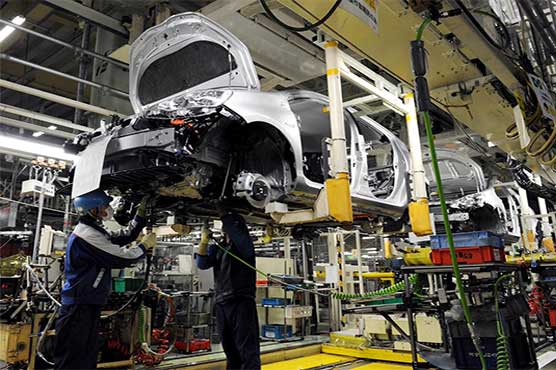 SWAT: Indus Motor Company has demanded the government to ensure the provision of incentives to local parts manufacturers so that the new firms could prefer purchasing localised parts.

Under the SRO 655 and as per the Automotive Development Policy 2016-21, parts manufacturers in the auto sector pay regulatory duties of 1pc, 10pc and 20pc against the imports of raw material, components and sub-assembly of cars respectively.

As compared to the existing original equipment manufacturers (OEMs), which pay 46pc duties on the import of localised parts, the new companies in the auto sector pay only 25pc duty on the import of the same.

In an auto workshop held recently in Swat, Indus Motor Chief Executive Officer (CEO) Ali Ashgar Jamali demanded the government to provide relaxation in duties to parts manufacturers so as to convince the new entrants to purchase local parts instead of going for imports.

“Since we believe in localisation of vehicles, the move will encourage the new firms to at least purchase auto parts that are manufactured in Pakistan,” he said, suggesting the government to reduce the duty on components and sub-assembly by 50pc.

Talking about the impact of ADP 2016-2021, he said that policy achieved one if its objectives of bringing in new players in the industry.

“IMC welcomes competition as it gives the consumers multiple options to decide which brand offers the best value for their money. IMC intends to compete with new entrants though Toyota’s QDR promise, which is Quality, Durability and Reliability. We strongly believe that the high localisation level achieved by the company is our biggest competitive advantage against all new entrants,” he stated. “However, in order to support the local engineering base, which is the true employment generator, the government should also consider incentives for auto part manufacturers to make them more competitive.”

In reply to a query, the CEO said that the 10pc duty on above 1700cc vehicles, as introduced through the new finance bill, would ultimately reduce the number of sales.

The CEO lauded the government for taking concrete steps to support the auto industry. However, he added, the auto industry is facing many challenges, which are creating impediments for the industry to achieve its potential.

“The newly imposed 10pc excise duty on 1700cc and above vehicles will hamper the sales of Toyota Grande and Fortuner,” he said.

Highlights his company’s commitment to localisation, Jamali said, “IMC has always encouraged local engineering base and has arranged 35 technical assistance and technology transfer agreements between local vendors and their foreign counterparts. The company has localised more than 170 parts since 2004 and is currently procuring local parts worth over Rs200 million every working day.”

He said that without any incentives, IMC increased its capacity by 20pc and has invested around $126 million for model introduction and improvement in production. An increase in production from 54,800 to 66,000 vehicles has been witnessed after the capacity enhancement in Financial Year 2018, he informed.