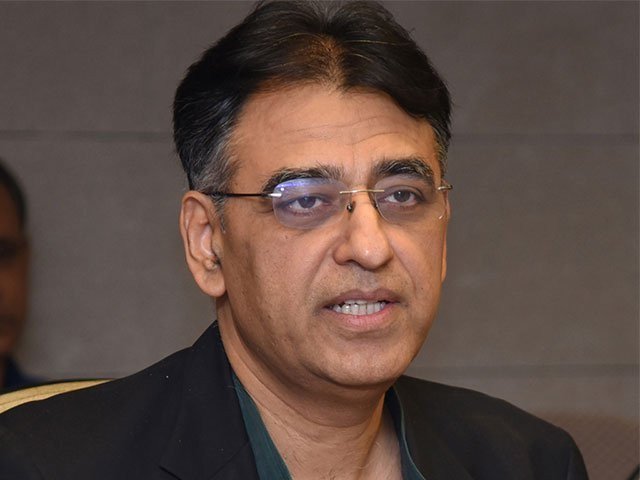 ISLAMABAD: Finance Minister Asad Umar said on Monday that efforts were being made to modernise the corporate sector of the country by bringing about improvements in corporate laws.

Addressing a launching ceremony of Pakistan Corporate Governance Assessment Report 2018, organised by World Bank and the Securities and Exchange Commission of Pakistan (SECP), the minister urged the regulators, including SECP and Pakistan Stock Market (PSX), to fully facilitate the corporate sector in order to enhance its productivity and contribution to the economy.

He was of the view that there was a dire need to change the fundamental operating procedures for the corporate sector to achieve the desired goals, adding that the government was focusing on improving governance in public sector enterprises.

Comparing private and public sector organisations, the minister said the procedures of procurement were quite complex in the public sector as compared to the private sector.

He said the cabinet had given an approval to change the multilateral procurement rules. The minister also highlighted the importance of increasing incorporation of companies and urged for making the compliance system of departments easy to facilitate investors.

“We want to encourage more and more companies to come into the fold of corporatization, and then many of them can go on to become listed companies,” the minister remarked.

He was of the view that the listed companies could utilise the capital market to mobilize national savings and allocate those savings into productive assets.

Earlier, speaking on the occasion, SECP Chairman Farrukh H Sabzwari said that adoption of best practices was needed to improve the performance of the corporate sector.

He said that efforts were being made to improve the performance of government organisations and also highlighted the importance of improving SECP’s law implementation function to ensure the protection of small investors.

He said that SECP was taking measures for ease of doing business and was also working on reducing documentation for registration.

Meanwhile, talking to media, the minister said Pakistan’s demand for removing India from the co-chair of the Financial Action Task Force’s (FATF) Asia-Pacific Joint Group was right and legal.

He said that politicians in India had been delivering speeches against Pakistan which is why the demand of removing India from review group was made.

He said that there happens to be only one report prepared by FATF itself while countries’ do not prepare their own reports, however, India had prepared a separate report against Pakistan.

He said that India has been demanding to put Pakistan on the blacklist and was lobbing through different companies to serve this purpose. He said that Pakistan reservations were lawful as India was lobbying in FATF.

He said that FATF was an international organization, so Pakistan’s likes or dislikes did not matter.

It is pertinent to mention here that finance minister, through a letter, had asked Financial Action Task Force (FATF) President Marshall Billingslea to appoint any other member of FATF as co-chair of the Asia-Pacific Joint Group, in place of India, to ensure that FATF review process was fair, unbiased and objective.

The minister had written that India’s animosity towards Pakistan was well known, adding that the recent violation of Pakistan’s airspace and dropping of bombs inside its territory was another manifestation of India’s hostile attitude.

PESHAWAR: The Bank of Khyber (BoK) closed the previous year with a historic profit before tax (PBT) of Rs3, 806 million, while profit after...
Read more
- Advertisement -

March 3, 2021
Private sector borrowing through banks went up by 80 per cent in the first eight months of the current fiscal year, reflecting accelerated economic...