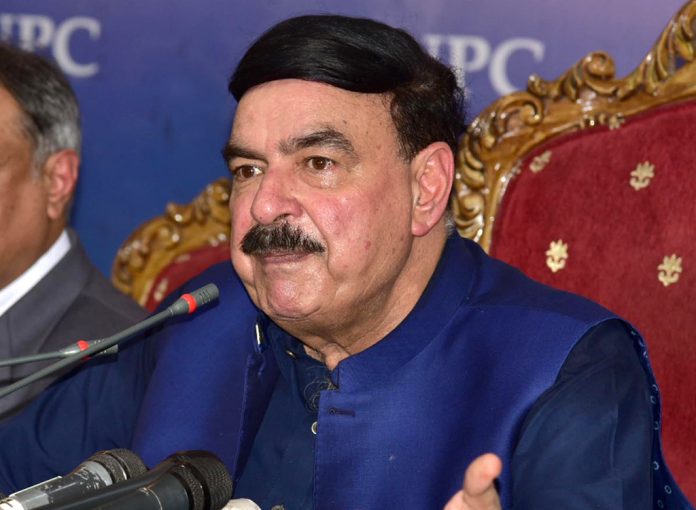 Speaking to media at the Karachi Cantt Railway Station, he said that the department has made great progress in past the six months owing to the hard work of its officers and labourers.

“We are laying a new track for which an agreement will be signed with China during the upcoming visit of Prime Minister Imran Khan to Beijing,” he stated, adding that Pakistan Railways has the capability to construct freight trains.

“VIP trains are also being introduced to decrease the deficit of the department, and in this regard, Sir Syed Express and Jinnah Express would soon be launched,” the minister mentioned.

He announced a reward of Rs3,000 for each labourer on behalf of the prime minister.

Last week, the railways’ minister called on Iranian President Rouhani during his trip to the country where the latter assured Rasheed of full cooperation in the field of railways.

Issues pertaining to upgradation of the Taftan-Quetta rail track and connection between Taftan and Mirjaveh were also discussed during the minister’s visit.