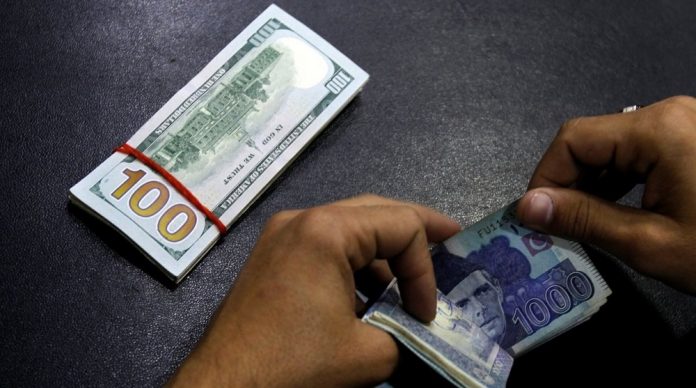 KARACHI: The Pakistan Economy Watch (PEW) has expressed concern over the steady fall in the exchange rate, saying that depreciation in Pak Rupee is dragging the masses and the economy down.

“The rupee has been constantly losing its value for the last nine days, which, if continued, will not only hurt the masses but also will hit businesses across the country,” said PEW President Dr Murtaza Mughal in a statement released on Tuesday. “The freefall of rupee will trigger inflation, hit developmental projects, deter local and foreign investment and add to foreign loans as well as uncertainty.”

He alleged that some elements are trying a 30pc erosion in the value of rupee which would boost the value of one dollar to Rs180, adding that the government should not listen to such elements who want to benefit from the situation.

He noted that during the last one year, Pak rupee has been devalued by 35pc “but the cited objectives could not be achieved”.

“All we saw was a little reduction in trade deficit and an insignificant growth in exports. Failed experiments of the past should not be repeated as it will not only result in political and economic turmoil but will also hit the credit rating of the country,” he added.

Dr Mughal asked Prime Minister Imran Khan to reject the summary of the Petroleum Division which has asked for a hefty hike in the tariff of natural gas, as “it will take a toll on masses, economy, and exports”.

The gas companies should stop burdening the masses for their inefficiencies, corruption, and losses and try to put their own house in order, he concluded.