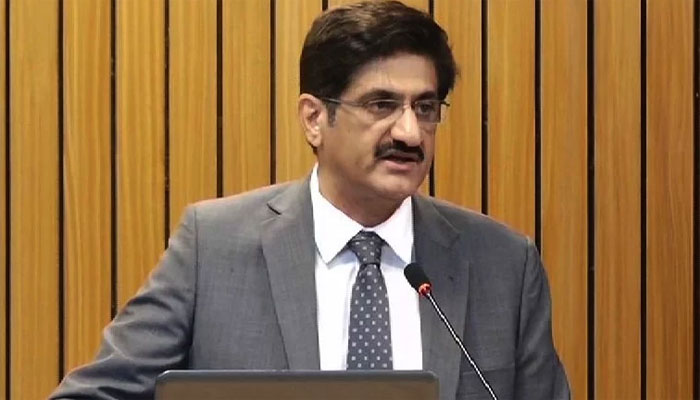 KARACHI: Sindh Chief Minister Syed Murad Ali Shah on Monday said that the Federal Board of Revenue (FBR) was reluctant to refund Rs7054.743 million it had deducted from the Provincial Consolidated Fund during 2012, 2015 and 2016. Therefore, he has directed his legal team to prepare a case against FBR and file it in the high court.

While presiding over a meeting at the new secretariat on Monday, the CM sought to devise a strategy for the recovery of, what he claims is, the unconstitutional and unauthorised deduction by FBR from the provincial consolidated fund. The meeting was attended by Minister Excise & Taxation Mukesh Kumar Chawla, Principal Secretary to CM Sajid Jamal Abro, Secretary Finance Secretary Excise Raheem Shaikh, Director General Excise Shoaib Siddqui and others.

The chief minister said that he had taken up the matter in the Council of Common Interests (CCI) in a meeting held in September 2018 but to no avail. Therefore, he directed his legal team to prepare a case and file it in court. “We will fight this case in the court because FBR and the federal government has no intention to refund the amount,” he said.

Mukesh Kumar, while briefing the chief minister, said that his department has been conflicting with, at various levels with Inland Revenue Department and Income Tax Tribunal against unilateral, unjustified, unconstitutional and unauthorized deduction by the FBR from the Provincial Consolidated Fund.

He further said that a series of meetings were held with FBR/Inland Revenue Officers at Karachi and Islamabad but no concrete steps were taken to refund the aforementioned amount.

He also said that, up till now, his department has filed seven appeals with the FBR. One of which is still pending in the Inland Revenue Tribunal.

The Chief Minister directed him to follow the case with full force and tell him its next hearing and he would also appear before the tribunal.

The chief minister, with much enthusiasm, said that he was ready to appear before the Director General FBR if he had to, “I have no problem to appear at any forum. I am committed that I will get these funds back because they belong to the people of Sindh,” he said.

The chief minister said that he would write a letter to the prime minister against this injustice and would urge him to issue necessary directive for refund of at source deducted funds of over Rs7 billion.