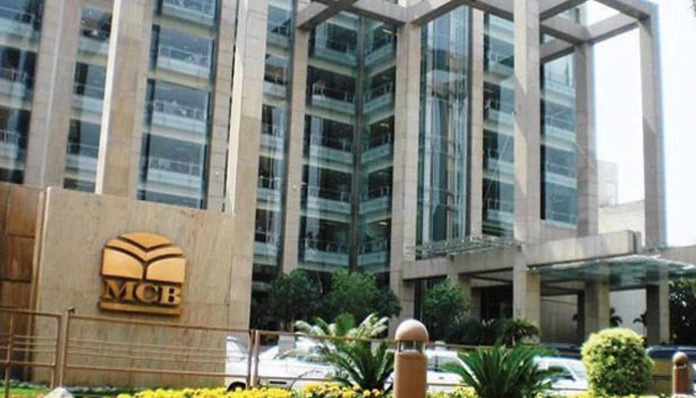 The Board of Directors of MCB Bank Limited met on Wednesday with Mian Mohammad Mansha in the chair to review the bank’s performance and approve the condensed interim financial statements for the first quarter ending March 31, 2019.

The bank has declared its first interim cash dividend of Rs4 per share for the quarter under review, continuing with its highest dividend payout trend.

The bank’s profit before tax (PBT) for the three-month period increased by 24pc to Rs9.08 billion. The effective tax rate for the quarter increased to 44pc primarily on account of super tax at 4pc recorded for the tax year 2018, as enacted through the Second Supplementary Act, 2019.

Based on the interest rate calls, the shorter term maturity profiling of the asset base enabled the bank to leverage the significant interest rate hike. As a result, the net interest income increased by an impressive 22pc over the corresponding period of last year.

The non-markup income block of the bank was reported at Rs3.5 billion with major contributions coming in from fee line under credit, guarantees and remittance segments.

The bank continued with its recovery trajectory of classified portfolio and reversed provision amounting to Rs405 million on advances whereas reversal of Rs26 million was recorded on equity portfolio in the first quarter of 2019.

Focusing on its low cost deposit base, the bank was able to add 150,000 new accounts during the first quarter of 2019, which reflects the customer confidence and the inherent value of a strong brand name.

The bank on a consolidated basis is operating the 2nd largest network of 1,550 branches in Pakistan. This includes 176 Islamic banking branches of its wholly-owned Islamic banking subsidiary. The bank remains one of the prime stocks traded in the Pakistani equity markets with the highest market capitalization in the industry.

The bank enjoys the highest local credit ratings of AAA / A1+ categories for long-term and short-term respectively, based on PACRA notification dated June 27, 2018.