‘Use of oil as weapon by nations threatens Opec’ 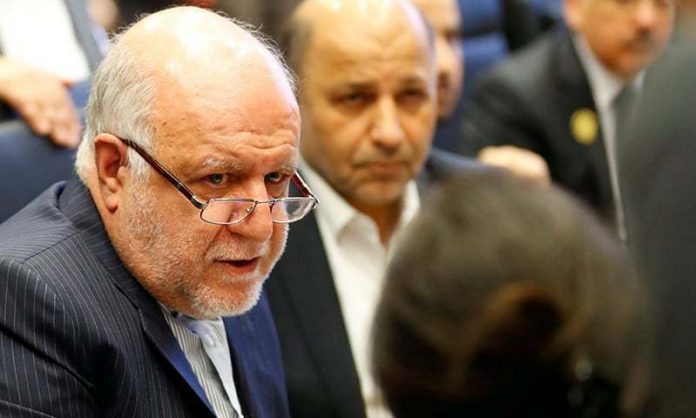 GENEVA: Any country using oil as a weapon could cause the collapse of oil producer group Opec, Iran’s Oil Minister Bijan Zanganeh said on Wednesday, according to SHANA, the news outlet of the oil ministry.

Oil prices hit their highest since November in recent days after Washington said all waivers for those importing sanctions-hit Iranian oil would end this week, pressuring importers to stop buying from Tehran and further tightening global supply.

“Those who use oil as a weapon against two founding members of Opec are disturbing the unity of Opec and creating the death and collapse of Opec and the responsibility for that is with them,” Zanganeh said in a speech at an oil and gas conference in Tehran.

Iran will not leave Opec, Masoud Karbasian, the chief executive of the National Iranian Oil Company (NIOC) said on Wednesday, according to SHANA.

The White House said after its Iran move it was working with Saudi Arabia and the United Arab Emirates to ensure oil markets were adequately supplied, but traders worry about tight supplies.

The United States demanded that buyers of Iranian oil stop purchases by May 1 or face sanctions, ending six months of waivers that had allowed Irans eight biggest customers, most of them in Asia, to import limited volumes.

Iran is examining new ways to sell its oil, Zanganeh said, according to the Islamic Republic News Agency (IRNA). He did not provide details.

‘Sanctions harms oil consuming nations’: The foreign minister of US-ally Qatar said on Wednesday that Washington’s decision not to extend sanction waivers on Iranian oil exports would harm countries that rely on the supplies.

The United States has demanded that buyers of Iranian oil stop purchases by May 1 or face the prospect of sanctions, ending six months of waivers that had allowed Irans eight biggest customers, most of them in Asia, to import limited volumes.

“The sanctions should not be extended because they have an adverse impact on countries benefiting from Iranian oil,” Sheikh Moha­mmed bin Abdulrahman al-Thani told a press conference in Doha.

“In Qatar, we do not believe unilateral sanctions bring positive effects for crises which must be solved through dialogue and dialogue only,” he added.