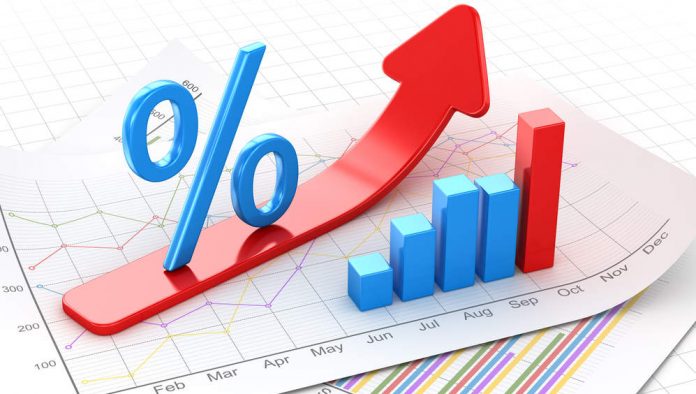 KARACHI: The State Bank of Pakistan (SBP) on Monday increased its benchmark interest rate by 150 basis points (bps) to 12.25 per cent, effective from May 21.

According to a notfication, the SBP, in its Monetary Policy Statement, said that there have been three notable developments since the last Monetary Policy Committee (MPC) meeting in March 2019.

First, the government of Pakistan has reached a staff-level agreement with the International Monetary Fund for 39-month long Extended Fund Facility of around $6.0 billion. The programme is designed to restore macroeconomic stability and support sustainable economic growth and is expected to unlock considerable additional external financing.

Second, trends in the government borrowing reflect a widening fiscal deficit during the first nine months of FY19 when compared to the same period in FY18.

In addition, a greater reliance on central bank financing of the deficit has acted to dilute the impact of previous monetary tightening.

Finally, since the last MPC, the exchange rate has depreciated by 5.93pc Rs149.65 per USD, at the close of 20th May 2019, reflecting a combination of underlying macroeconomic factors and market sentiment considerations.

SBP’s estimates show that economic growth is expected to slow in FY19 but rise modestly in FY20. This slowdown is mostly due to lower growth in agriculture and industry. More than two-thirds of real GDP growth in FY19 is expected to come from services. Going forward, some gradual recovery in economic activity is expected on the back of improved market sentiment in the context of the IMF supported program, a rebound in the agriculture sector and government incentives for export-oriented industries.

The current account deficit narrowed to US$ 9.6 billion in Jul-Mar FY19 as compared to a deficit of US$ 13.6 billion during the same period last year, a fall of 29pc. The reduction is mainly driven by import compression and healthy growth in workers’ remittances. This impact was partially offset by higher international oil prices. The non-oil trade deficit declined from US$ 13.7 billion in Jul-Mar FY18 to US$ 11.0 billion in Jul-Mar FY19 reflecting the impact of stabilization policies implemented so far. Recent indicators suggest export volumes have begun to grow although total export receipts have not grown due unfavourable prices.

Despite the improvement in the current account and a noticeable increase in official bilateral inflows, the financing of the current account deficit remained challenging. Consequently, reserves declined to US$ 8.8 billion as of 10th May 2019 from US$ 10.5 billion at end-March 2019. The exchange rate also came under pressure in the last few days. In SBP’s view, the recent movement in the exchange rate reflects the continuing resolution of accumulated imbalances of the past and some role of supply and demand factors. SBP will continue to closely monitor the situation and stands ready to take measures, as needed, to address any unwarranted volatility in the foreign exchange market. Furthermore, the current level of reserves is below standard adequacy levels (equal to three months of imports cover). As noted in previous MPC statements, deep structural reforms are required to improve the productivity and competitiveness of export-oriented sectors and improve the trade balance.

The overall fiscal deficit is likely to be considerably higher during Jul-Mar FY19 as compared to the same period last year due to a shortfall in revenue collection, higher than budgeted interest payments and security-related expenditures. From a monetary policy perspective, a growing portion of the fiscal deficit has been financed through borrowings from SBP. In absolute terms, the government borrowed Rs 4.8 trillion from SBP during 1st Jul-10th May FY19, which is 2.4 times the borrowing during the same period last year. A major portion of this borrowing from the SBP (Rs 3.7 trillion) reflects a shift away from commercial banks which were reluctant to lend to the government at prevailing rates. The resulting increase in monetisation of the deficit has added to inflationary pressures.

Despite the recent tightening of monetary policy, private sector credit rose 9.4pc during 1st Jul-10th May, FY19. Much of the increase in credit was for working capital needs due to higher input prices. The expansionary impact of higher government borrowing and private sector credit on broad money supply (M2) was partly offset by a contraction in net foreign assets of the banking sector. In aggregate, broad money supply grew by 4.7pc during 1st Jul – 10th May, FY19.

The consumer price index (CPI) rose 9.4pc in March 2019 and 8.8pc YoY in April 2019. Average headline CPI inflation reached 7.0pc in Jul-Apr FY19 compared to 3.8pc in the same period last year. Moreover, the annualized headline month-on-month inflation has risen considerably in the last three months due to the recent hike in domestic fuel prices and rising food prices and input costs. As such, inflationary pressures are likely to continue for some time. The most recent IBA-SBP consumer confidence survey also shows that most households expect higher inflation during the next six months. Taking into account the recent developments discussed above and outlook for key sectors, average headline CPI inflation is expected to be in the range of 6.5-7.5pc in FY19 and it is anticipated to be considerably higher in FY20. This inflation outlook is subject to a number of upside risks from an expected rationalization of taxes in the upcoming budget, potential adjustments in electricity and gas tariffs, and volatility in international oil prices. The inflation outlook suggests a fall in real interest rates on a forward-looking basis.

Taking into account the above considerations and the evolving macroeconomic situation, the MPC noted that further policy measures are required to address underlying inflationary pressures from (i) higher recent month-on-month headline and core inflation outturns; (ii) recent exchange rate depreciation; (iii) an elevated fiscal deficit and its increased monetization, and (iv) potential adjustments in utility tariffs. In this context, the MPC decided to increase the policy rate by 150 bps to 12.25pc effective from 21st May 2019.