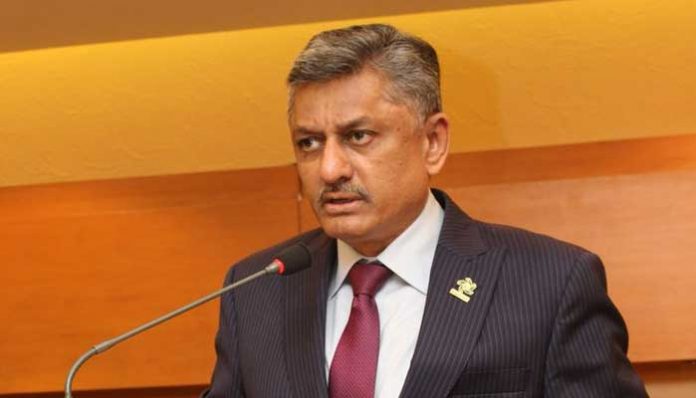 ISLAMABAD: The government has decided to remove Finance Secretary Younus Secretary Dhaga from the post, it was learnt on Wednesday.

According to sources, the government will most likely hand over the post to incumbent Cabinet Secretary Naveed Kamran Baloch owing to his “closeness” with Adviser to Prime Minister on Finance Abdul Hafeez Shaikh.

“The finance adviser is not comfortable with Younus Dhaga, which is why the latter is being sidelined from the ministry affairs,” sources claimed.

They further informed that the finance adviser has also rehired a retired government official (Mr Taj) as senior private secretary (SPS) and has made him incharge of the Finance Minister’s Office.

The retired officer, who was also in Hafeez Shaikh’s team from 2011 till 2013, is more than 65 years of age and stands disqualified to be re-employed, sources claimed, adding that “no file moves in the Finance Minister’s office these days without Mr Taj’s consent”.

It is pertinent to mention that Younus Dhaga was part of the delegation which met the Financial Action Task Force (FATF) team in China last week. He also played an important role in Pakistan’s negotiations with the International Monetary Fund (IMF).

Sources claimed that Younus Dhaga’s performance was comparatively better than former finance secretary Arif Ahmad Khan. However, since the arrival of the finance adviser, he has been sidelined.

The scribe approached Prime Minister’s Secretary Azam Khan for comments over the possible transfer of Younus Dhaga from the Finance Division. However, he read the messages on Whatsapp but did not reply.

The scribe also approached the finance adviser’s SPS but he also remained unavailable.