US official acknowledges consumers will pay some tariff costs 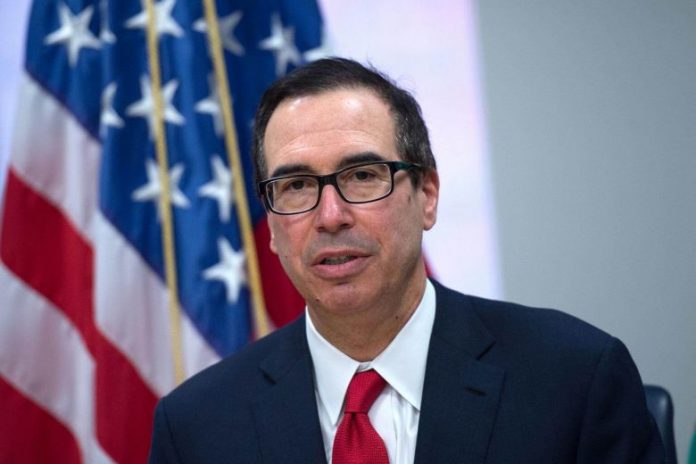 WASHINGTON: US Treasury Secretary Steven Mnuchin on Wednesday acknowledged that consumers may pay higher prices as a result of the steep tariffs imposed on Chinese goods.

Mnuchin’s remarks were at odds with the message hammered by President Donald Trump, who claims China pays for the tariffs, creating a windfall for the US government.

“There may in some cases be an impact passed on to our consumers,” Mnuchin said in testimony before the House Financial Services Committee.

He also said he had spoken to senior executives at Walmart and other mega retailers about which consumer products were most likely see prices spike due to the trade battle with Beijing.

“I just spoke to many of these CEOs… there may be a small number of items where the tariffs may be passed on.”

However, Mnuchin stressed that the administration has not yet decided whether to hit an additional $300 billion in imports with tariffs, extending punitive US duties to virtually everything the United States buys from China.

And price increases can be softened by exempting some categories of goods, Mnuchin said.

He also acknowledged that depreciation of the Chinese currency can counteract the price hikes.

“We’ve made no decision on the subject… If we issue an exemption there will be no price increase,” he said.

“I don’t expect that there will be significant costs for American families.”

The US Trade Representative’s office is due to hold public hearings next month on the $300 billion tariff round, to hear from the public and companies affected, but many already have expressed stiff opposition to the new tariffs, including apparel and shoe manufacturers and retailers.

The warned the new tariffs would be “catastrophic” and would raise consumer prices considerably.

Retail chain Target said Wednesday during an earnings call with analysts that the new tariffs would hit consumers. But the company is working with suppliers and its supply chain to mitigate price increases.

Trump this month decided to more than double tariffs on $200 billion in Chinese imports, claiming Beijing had suddenly backtracked in this year’s trade negotiations, which drew further retaliation from Beijing.

Both sides have said they expect to resume talks but have not set a date.

Mnuchin reiterated Wednesday that Trump was likely to meet his Chinese counterpart late next month during the Group of 20 summit in Japan.

He said he would review the matter with the Treasury’s Financial Crimes Enforcement Network to make sure the bank completes and submits suspicious activity reports.

“I am not aware of whether this is true or not true but we will have FinCEN follow up.”