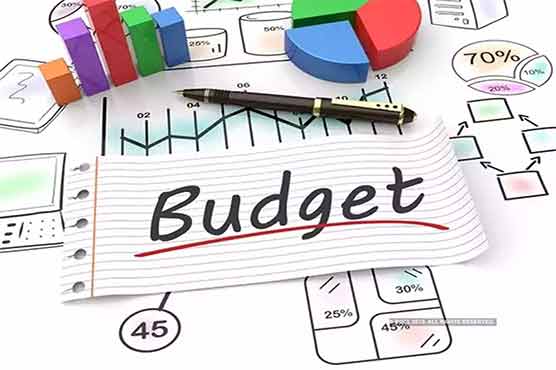 ISLAMABAD: Amid poor economic indicators, the Pakistan Tehreek-e-Insaf (PTI) on Tuesday presented the Rs 7.02 trillion federal budget for the financial year 2019-20 – which experts term a burden on the business community and general public owing to high taxes levied by the Imran-led government.

The PTI government which entered into a staff-level agreement with the Fund this year is accused by the experts of tabling a budget “tailored” under IMF [International Monetary Fund] conditions.

They said the incumbent government presented an ambitious budget due to IMF deal, neglecting various ground realities and requirements to meet the conditions for the bailout package.

The Rs5.5tr revenue target for the Federal Board of Revenue (FBR), which is “almost impossible”, was set in the budget mainly on the direction of IMF, said experts, who also pointed out the lack reforms in the board. The revenue target, revised from Rs4tr, is being set without any reforms in the FBR, they said.

The gross revenue receipts are estimated at Rs6.717tr, showing an increase of 18.7 per cent over the budget estimates of the outgoing fiscal year.

After the share of provinces in gross revenue is transferred, the net review of the federal government has been estimated to be about Rs3.463tr for the next fiscal year. Tax to GDP ratio is estimated to be increased to 12.6pc.

In line with the 18th Amendment, the government has proposed to pay Rs3,255bn to provinces via the 7th NFC award, 32pc higher than the last year.

The provincial share in federal taxes is estimated at Rs3,254.5bn during the next fiscal year, which is 25.7 per cent higher than the budget estimates for the outgoing year.

The tax revenue for the next fiscal year is estimated at Rs5.5tr, which reflects an increase of 33pc over revised estimates of the current fiscal year.

The budget will adversely affect the working class after the government withdrew exemptions previously given to the salaried class. It introduced 11 taxable slabs at progressive tax rates from 5 per cent to 35 per cent for salaried people with an income more than Rs0.6m per year.

Further, eight taxable slabs at tax rates from 5 per cent to 35 per cent were introduced for non-salaried people with an income of more than Rs0.4m per annum.

Azhar explained that the Finance Act 2018 had earlier significantly relaxed the minimum taxable income for both the salaried and non-salaried classes — revising it upwards from Rs0.4m to Rs1.2m. This, he said, had led to a major decrease in the receivables by Rs80bn.

The PTI also failed to facilitate the employees with a meagre increase in salaries. The salaries of civilian employees from grade 1-16 have been increased by only 10 per cent while 5pc to BS-16 to BS-20. The BS-21, BS-22 officers are given no raises. The minister announced an increase of 10pc for all the pensioners.

The minimum wage has also been increased to Rs 17,500.

Despite the major exporting sector’s demand for continuing the existing zero-rating regime on selected sectors, the government, while meeting the IMF demands, has ended the facility, which will further kill exports. Almost 65 per cent exporting sector is now liable to pay 17pc duties.

Despite the government’s earlier claims of facilitating exports, the ruling party could not incentivise the exports in a bid to meet the IMF conditions pertaining to the removal of subsidies.

Azhar, however, claimed that providing zero-rating for textile, leather, carpets sports goods and surgical goods is proposed to be rescinded to plug leakages. All items will not be subject to 17pc sales tax.

The defence budget will remain the same as the last year’s Rs 1,150bn amid PTI’s austerity drive to resolve the financial woes. The minister, however, said that there will be no compromise on the defence capability of the country.

Despite the campaign and demand of the auto sector, the government did not remove the Federal Excise Duty (FED) on sale of vehicles.

The government announced that cars up to 1000CC will see a federal excise duty of 2.5 per cent, while cars with over 200CC in capacity will face 7.5pc in FED. The government during the last supplementary budget had imposed 10pc FED on sales of vehicles.

The government also proposed to increase the sales tax on sugar from 8pc to 17 per cent which would ultimately be passed on to the consumers with the effect of Rs3.65 per kilogramme.

Sugary drinks will also see an increased tax duty of 13.2pc versus the previous figure of 11.25pc, with at least 17pc sales tax on semi-processed and cooked products of chicken, mutton, beef and fish.

It has also been proposed that sales tax on bakeries and restaurants be reduced from the existing 17pc to 7.5pc. The minister recommended a uniform tax rate of 10pc on milk, cream, dry milk and unflavoured milk.

The incumbent government has claimed that it will cut the expenses from Rs460bn to Rs437bn. However, experts say that the claims are contrary to the ground realities. The introduction of a new ministry for poverty alleviation and some other initiatives announced under the budget would ultimately increase the government expenses.

Azhar said the government was providing incentives and subsidies for the promotion of the industrial sector in order to create employment opportunities for the youth.

Rs44.8bn will be provided to increase the per acre yield of wheat, rice, sugarcane and cotton. On agriculture tube wells, Rs6.85 per unit subsidy will be given to the farmers.

The federal and Balochistan government have started a joint scheme with a ratio of 40:60 for the farmers of Balochistan, he said, adding that under this scheme, monthly bill of Rs10,000 is received from the farmers while the remaining burden of 75,000 rupees is being borne by both the governments.

The government has proposed to impose 17pc sales tax on marble industry. It has been recommended that the FED on cooking oil/ghee be increased to 17pc. The FED on cement should be increased from existing Rs1.2 per kg to Rs2 per kg.

Azhar said employment creation is an important priority area of the government, adding that at least 28 industries will benefit from the housing programme launched by the government.