Stocks up, but IMF-friendly budget gets mixed reviews 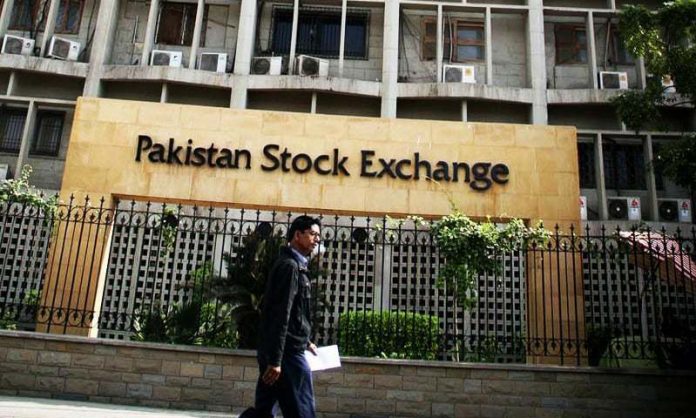 Khan’s government is seeking to stabilise a wobbly economy with the IMF loan agreed in principle but contingent on Pakistan pushing ahead with reforms and measures to curb ballooning current and fiscal account deficits.

The government had been preparing the ground for belt-tightening, but the budget released on Tuesday for the fiscal year to June 2020 underlined the scale of the economic challenges it faces.

The government had been forecasting growth of 4pc for the next financial year, but after Revenue Minister Hammad Azhar delivered his budget speech to parliament on Tuesday evening, the government released a budget document showing it trimmed its growth estimate for the coming year to 2.4pc.

The government has already slashed its year to June 2019 growth forecast to 3.3pc from the 6.2pc predicted at the time of the last budget. The IMF’s estimates growth of around 2.9pc.

The stock market surged as soon as the session began on Wednesday, following the announcement of Federal Budget 2019-20. However, it failed to hold on to the gains by midday and traded in the red zone for some time before managing to recover losses by the end of the session.

The cement sector gathered +3.23pc in its cumulative market capitalization. Increase in PSDP amount, removal of restriction on non-filers to purchase property and allocation of funds for construction of dams had a positive impact on the cement sector.

Business leaders gave the budget mixed reviews. Some hoped money destined for real estate will now flow into stock markets after the government made it a crime to not pay taxes when buying or selling property.

Plans to widen the tax net and separate tax policy from revenue collection also won support. But analysts were sceptical of a forecast 25pc increase in federal tax revenues to 5.55 trillion rupees ($36.8 billion).

“I see it as being positive from a business perspective,” said Ehsan Malik, chief executive of the Pakistan Business Council which represents 60 major businesses.

However, he said a plan to withdraw tax incentives for export sectors such as textiles, leather goods and surgical equipment could deter investment.

Hafeez Shaikh, a government adviser who is the de facto finance minister, said the changes to collecting taxes on exports were modelled on those used by Bangladesh, which has surged ahead of Pakistan to become a regional export powerhouse.

“We have to collect our taxes, if Bangladesh and other counties can collect taxes, why shouldn’t we,” Shaikh told reporters on Wednesday.

He said the provisional IMF agreement would go before the global lender’s board in Washington in two to four weeks.

Some analysts doubt the government will achieve its ambitious revenue collection targets. Though spending on civilian programmes was cut, the budget included a 5pc budget increase for the powerful military.

“The government is unwilling to tighten the belt nor does it have a credible plan to raise tax revenues,” said Yousuf Nazar, former head of emerging market equity investments at Citigroup and author of a book on Pakistan’s economy.