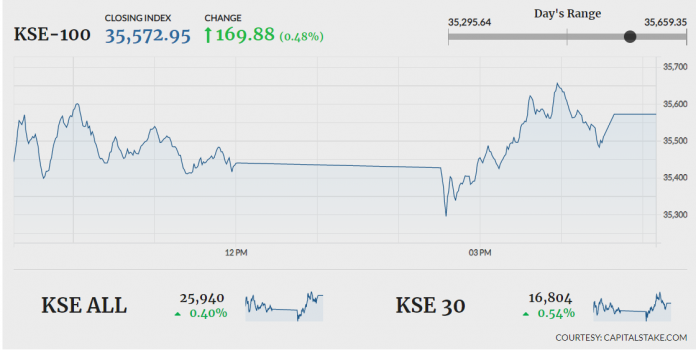 KARACHI: The Pakistan Stock Exchange (PSX) witnessed mixed reactions from investors on Friday, as the indices that remained choppy in the first half turned their course in the second half to end the day in the green. Foreign investors offloaded shares worth $2.26 million on Thursday.

On the economic front, Pakistani Rupee depreciated to approximately Rs157 in interbank market intraday. The rupee was traded at about Rs156.50 in the open market, according to news reports. In the last two days, the local currency has lost Rs5 against the dollar.

Meanwhile, foreign exchange reserves held by central bank declined by 0.7pc on a weekly basis to stand at $7.8 billion, as reported by the State Bank of Pakistan.