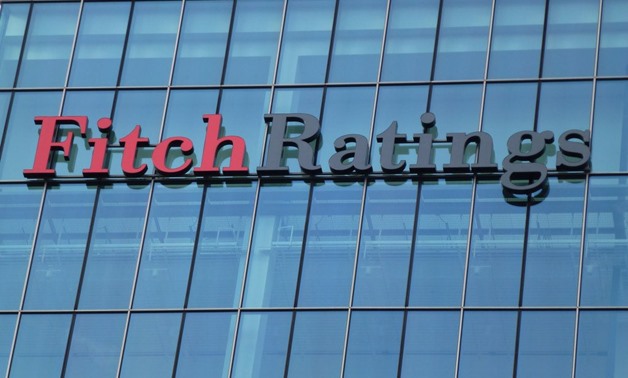 Fitch Solutions, a US-based global research house, has revised down Pakistan’s economic growth to 2.7pc for the next fiscal year 2019-20 from a previously quoted estimate of 4pc, a private media house reported on Thursday.

Fitch Solutions, an arm of Fitch Rating Agency, expects that Pakistan will adopt a tight monetary and fiscal policy stance based on a condition that the country is entering into an International Monetary Fund (IMF) programme.

Consequently, this would curtail the economic growth, determined Fitch, thus leading the state to revise the GDP targets for the fiscal years 2018-19 and 2019-20 to 3.2pc and 2.7pc, respectively.

That being said, experts believe that investment into the China-Pakistan Economic Corridor (CPEC) will continue to provide some support to the economy.

Fitch pointed out that following the agreement on a $6 billion bailout package to address the country’s balance of payment crisis, the State Bank of Pakistan (SBP) increased the policy rate by 150 basis points, adding that shortly afterwards, the Ministry of Finance of Pakistan also presented a budget with the aim of trimming Pakistan’s primary deficit to 0.6pc of GDP in FY19/20, from 1.9pc of GDP in FY18/19 as per IMF’s estimates.

In this regard, the report said that higher taxes will erode the purchasing power which in turn would slow down consumption growth to 5.3pc in FY20, down from 6.3pc in FY18.

The consumption currently stands at around 82pc of the GDP.

Inflation has been on the rise in Pakistan, increasing by 9.1pc on a yearly basis in May, as compared to 4.2pc in the previous year.

“However, they haven’t overlooked the possibility that some of the effects of price hikes will be partially offset by the government’s populist measures, such as providing electricity subsidies to consumers who use less than 300 units of electricity per month.”

Following this, Fitch Solutions has also forecasted a government spending (around 12pc of GDP) to slow in growth to 6.4pc in FY19/20, down from 14.2pc in FY17/18, as the country embarks on an austerity drive.

“IMF bailout packages typically require countries to undergo fiscal consolidation, which usually includes the IMF have agreed on focusing on tax-based measures to manage the fiscal deficit, according to media reports, we believe that the Pakistani government will fall short of its ambitious revenue targets and will likely have to cut spending to meet the primary deficit target of 0.6pc of GDP,” the report added.

Moreover, the report sees little improvement in Pakistan’s net exports, which recorded a deficit of around 11pc of GDP in FY17/18.

Analysts at Fitch Solutions believe that despite the government’s efforts to increase export competitiveness, such as subsidising electricity and gas to the industrial and export sectors, a global slowdown will likely weigh on exports over the coming months.

Given that Pakistan’s main imports are petroleum and its products (around 28pc of total imports), rising oil prices will likely weigh on net exports. Fitch’s Oil and Gas team forecast Brent Crude oil prices to average $70/barrel (bbl) in 2019 and $76/bbl in 2020, from a year-to-date average of $66.15/bbl.

In addition to this, it has been forecasted that the impact of rising oil prices on imports will be exacerbated by a weakening currency.

Following the agreement with the IMF, the Pakistani rupee has been devalued by more than 10pc to around Rs157/USD, at the time of writing, from around Rs142/USD before the agreement took place in May.

“We believe that investment, which accounts for approximately 17pc of GDP, will slow in growth to 5.1pc in FY19/20, from 5.7pc in FY17/18, as tighter monetary policy implemented by the SBP will likely weigh on investment,” the report stated.

Moreover, the government has committed to borrowing less from the SBP as part of the IMF deal, which will improve the monetary policy transmission in the country, believed Fitch. In addition, business sentiment will likely remain subdued in Pakistan, leading to slower investment growth.

“With a slowdown of manufacturing activity, we expect to see a fall in investment appetite related to LSM industries, such as investment in capital goods,” concluded Fitch Solutions.