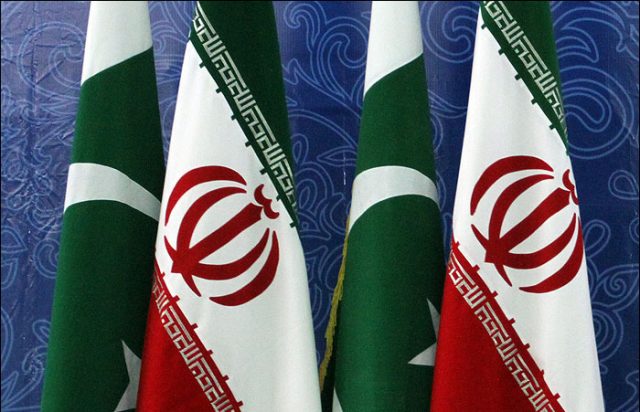 ISLAMABAD: An Iranian delegation, led by Industries, Mines and Trade Minister Reza Rahmani, called on Adviser to Prime Minister on Commerce Abdul Razzaq Dawood on Thursday in the first session of the 8th Pak-Iran Joint Trade Committee to review the progress on issues pertaining to bilateral trade.

The adviser appraised the delegation that Pak-Iran bilateral trade was not up to its potential and urged the Iranian side to take necessary steps for removal of non-trade barriers so that real potential of bilateral trade could be realised.

The Iranian trade minister appreciated the adviser’s stance on the bilateral trade-related issues and agreed to accelerate efforts to enhance the volume of bilateral trade, as it would lead to the economic well-being of both countries.

“Being brotherly and neighbouring countries, we should further strengthen the existing trade ties to uplift our peoples,” he stated, vowing to address all the issues that were hampering bilateral trade and to create a win-win situation for both countries.

The Iranian delegation members emphasised the requirement of a committee for barter trade. Both the countries have huge potential in agriculture which was not yet exploited, they maintained.

The delegation members said that Iran was interested in the import of 500,000 tonnes of rice from Pakistan and has asked the Pakistani side to devise a mechanism for early shipment.

The adviser informed the delegation that Pakistan intends to increase the bilateral trade and economic ties with Iran. He underlined the importance of bilateral trade issues that were discussed during Prime Minister Imran Khan’s recent visit to Iran and expected positive response from Iranian side.

“These issues include removing barriers that have made Pak-Iran PTA (signed in 2006) ineffective and working out a barter trade mechanism in order to increase bilateral trade in agricultural/food products and pharmaceutical,” he informed.

Dawood said in order to start the barter trade, at the first instance, both countries should select few items having competitive advantage. In this regard, he added, Pakistan could enhance the export of wheat, sugar and rice and fruit to Iran.

The adviser further suggested the removal of various forms of taxes, including road and loads taxes on vehicles/trucks, in order to facilitate the bilateral trade.

The Iranian delegation assured the adviser of its complete support in removing the potential bottlenecks so that the trade volume could be increased and both countries could move forward.

They also requested the Pakistani government to open more border points between Pakistan and Iran like Ramdan, Pishin and Korak.