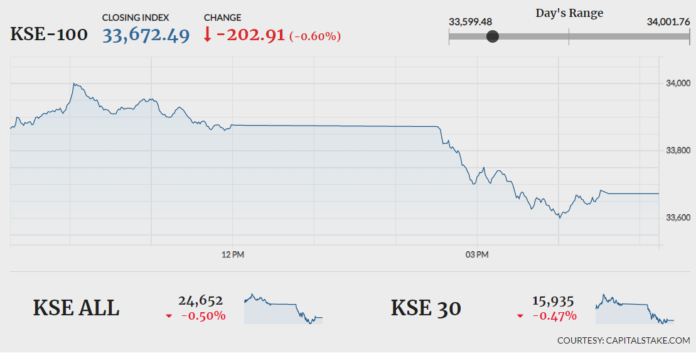 KARACHI: Bearish sentiment surrounded the Pakistan Stock Exchange on the last trading session of the week, as the KSE-100 closed a volatile session in the red zone. Foreign investors closed as net buyers on Thursday with a net inflow of $1.73 million.

As per the State Bank of Pakistan, the total liquid foreign reserves held by the country stood at $14.25 billion as on July 5, 2019. The central bank had earlier received the first tranche of $991.4 million from the International Monetary Fund as part of the bailout programme.

According to media reports, the State Bank of Pakistan’s Monetary Policy Committee would meet on Tuesday to decide about the policy rate for the next two months. The interest rate currently stands at 12.25pc. 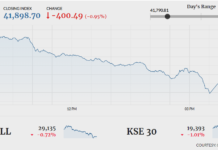 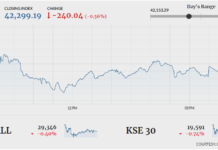 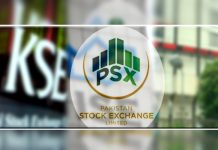