PIA must upgrade IFE system to survive among regional rivals 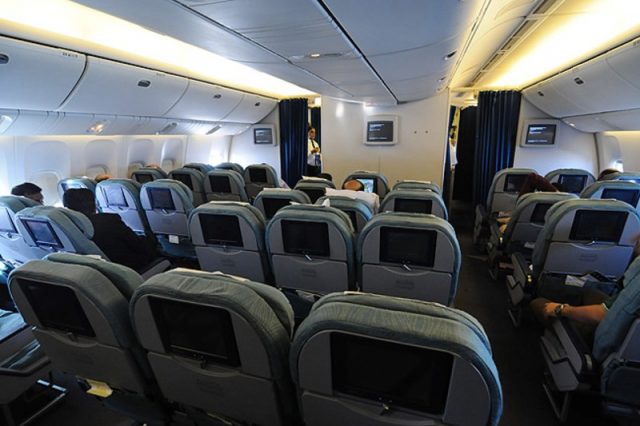 Modifications to any aircraft system, including inflight entertainment (IFE), by a person not authorised to do so by the European Union Aviation Safety Agency (EASA) or international regulatory agency working under International Civil Aviation Organization (ICAO) will most likely result in the compromise of flight safety and incur penalties on the airline which include sanctions on its operations on international routes and impact on insurance coverage for the aircraft and passengers on board.

Pakistan International Airlines (PIA) floated the tender for IFE in 2015 and funds were allocated to restore the system. However, the funds were not spent for the purpose and instead salaries and perks were raised.

According to a PIA evaluation report, a single-stage tender was floated on 15 July 2015 for the IFE system. Two companies, AAR International Corp Singapore and Avionics Solution Pakistan, had participated in the bidding process, which concluded on 8 July 2019.

Avionics Solution’s bid was accepted, while the other bid got rejected for not submitting the tender money.

It has been learnt that Avionics Solution was registered on 18 March 2019 with RTO Islamabad. This company had no prior work experience in IFE systems (for use on ICAO-approved commercial aircraft), had not received any approval or certification from EASA and was not on the list of any manufacturer-recommended vendor etc.

PIA should have re-advertised fresh tender to ensure transparency in its working system. The national flag carrier already has a handicap that it is a “dry” airline competing with regional airlines that offer their passengers alcoholic beverages etc. Therefore, it cannot afford to operate flights and retain its clientele if basic systems like IFE are not available.

In the past, Shaheen Air spent $1.2 million on WiFi-based IFE for its four A330s, but the media cost was so prohibitive that they had to deactivate it due to legal hitches involved.

Indigenous solutions for commercial aircraft are not feasible because of the legalities involved and mandatory certification by EASA, which is missing in the case of Avionics Solution, a company based in Golra.

These days, IFE is so integrated with aircraft systems and has so many complicated features that even internationally-established IFE giants with billion dollars budget and best human resources available take several years to design, plan and produce a quality system.

Anyway, if any team or group is working on indigenous production can sure carry on but by the time the system will be ready for installation, 777s will be out of operation.

After Pakistan Air Force’s work experience and extensive training, PAF guys are unable to conceive and accept the commercial aircraft regulations. Of course, this is not true for JF-17 or C130s, which are being made with remarkable success.