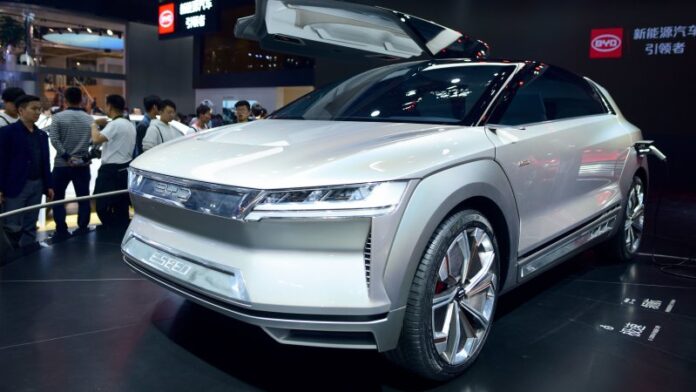 TOKYO: Toyota Motor said it would develop battery electric vehicles (EVs) and batteries with BYD Co Ltd, in a sign it was ramping up partnerships with Chinese players as planned to build affordable EVs for the world’s top auto market.

In a joint statement, Toyota and the Chinese electric automaker said on Friday that they would develop sedans and sport utility vehicles, which would then be sold under the Toyota brand in China before 2025.

Earlier this week, Toyota announced it was teaming up with China’s Contemporary Amerex Technology Co Ltd (CATL) to supply and develop batteries for lower-emission vehicles.

Widely considered a latecomer in embracing battery EVs versus rivals including Nissan, Toyota had flagged in June that it aimed to get half of its global sales from EVs, including gasoline hybrids, by 2025, five years ahead of schedule.

But to meet this accelerated timeline, Toyota, Japan’s top automaker, would need more-than-expected batteries, prompting it to look beyond Panasonic Corp, its long-time partner in battery development, to secure supply.

These measures come amid a breakneck growth in the zero-emission vehicle market, with tighter global emissions regulations expected to shift even more drivers away from gasoline engine vehicles in the coming decades.

In China, Toyota is planning to launch its first battery EV, a version of its C-HR/IZOA compact crossover, next year.