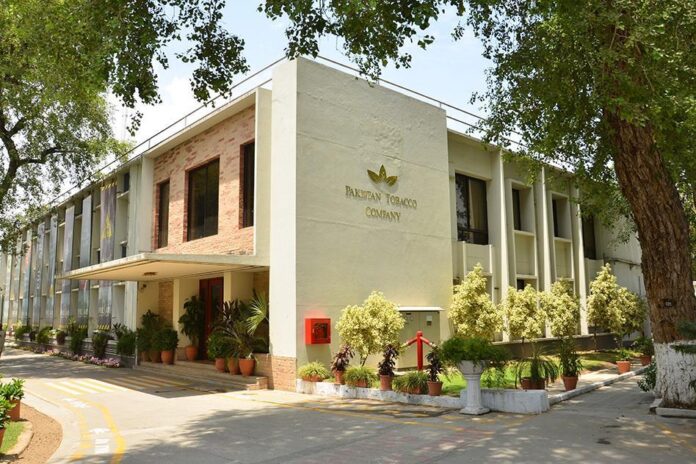 ISLAMABAD: The Board of Directors of Pakistan Tobacco Company (PTC), one of the first multinationals to operate in Pakistan since 1947, released its results for the first half of 2019.

The board announced that PTC, for the first time, has crossed the landmark achievement of contributing Rs103.5 billion towards the government revenues through payment of federal excise duty, sales tax and income tax (FY2018-19).

“This translates to a 32pc growth as against the same period last year (FY2017-18), whereby Rs78.4 billion was contributed.”

The board also declared an interim dividend of Rs13.0 per share.

The company’s efforts to embark upon its “Made in Pakistan” exports initiative was appreciated by the board, saying that this project would bring in an estimated $50 million in the next 18 to 24 months.

“This has been possible due to the exceptional management practices adopted by PTC and the internationally benchmarked standards embedded across the company and its manufacturing and supply chain operations.

“Through its flagship afforestation programme running since 1981, PTC has planted and distributed more than 78 million saplings, all free of cost. This, along with several other initiatives that are aimed at rural and economic uplift, improving and embedding sustainable agricultural practices etc., reflects PTC’s unwavering commitment to its nation.”

However, the BOD said with the fiscal measures approved in the Federal Budget 2019/20, illicit cigarette trade may increase from its existing 30pc share of the market. This is due to the massive increases in excise rates by 106.3pc and resultant widening price differentials between legitimate tax paid brands and tax evaded brands which has gone up to Rs50, it added.

“Other than local tax evasion, there are also many smuggled cigarette brands that do not pay the requisite duties and do not have 60pc pictorial health warning mandated by the Ministry of Health. Availability of such smuggled cigarettes negatively affected farmers and business partners across the legitimate supply chain and hurts government revenues.”

The board further noted that the adjustable advance excise duty of Rs300 per kg levied on the tobacco processed for manufacturing of cigarettes introduced in the Interim Supplementary Finance Bill in October 2018 has now been reduced to Rs10 per kg in Federal Budget 2019/20.

“This was an effective measure towards strengthening the documentation of illicit leaf purchases. However, it has now unfortunately been abolished.

“This may have an adverse impact on government revenues in the coming months.”