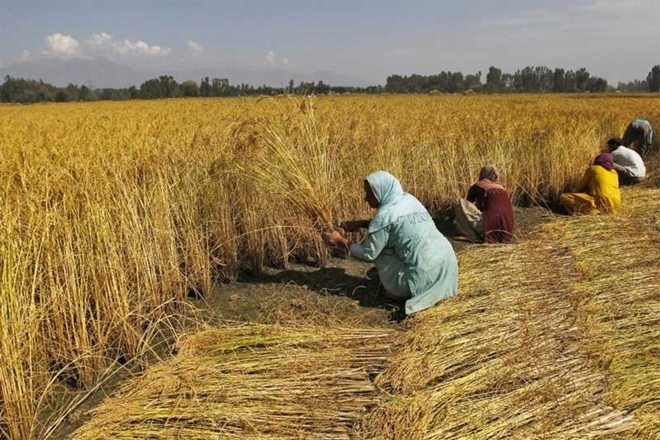 The government achieved the target of agriculture credit outreach by 91pc, as the disbursement target for FY19 included facilitation of 4.42 million farmers.

According to the State Bank of Pakistan, agricultural credit disbursement during FY19 had witnessed an increase of 21pc over the last one year.

During the period under review, banks made disbursements of Rs1,174 billion (94pc) out of the total Rs1,250 billion earmarked by the Agricultural Credit Advisory Committee for 2018-19. The banks had disbursed Rs972.6 billion in FY18.

Meanwhile, the outstanding agriculture portfolio increased to Rs562.4 billion by the end of June 2019, registering a growth of 20pc when compared with last year’s position of Rs469.4 billion.

During the period under review, five major commercial banks collectively disbursed agriculture loans up to Rs653.5 billion or 100.4pc of their annual target of Rs651 billion.

The specialised banks disbursed Rs81.2 billion or 71.8pc of their annual target of Rs113 billion, while 15 domestic private banks as a group achieved 86.5pc target by disbursing Rs211.9 billion out of the total Rs245 billion.

The microfinance banks as a group achieved 98.7pc target by disbursing agriculture loans of Rs154.0 billion to small farmers. The sum was 23pc higher than the disbursement of Rs124.8 billion during the same period of FY18.

Similarly, the microfinance institutions/rural support programmes collectively achieved 97.1pc of their targets by disbursing Rs34 billion to small and marginalised farmers during FY19.

Five Islamic banks as a group achieved 78.8pc of their annual target of Rs50billion by disbursing Rs39.4 billion, which was Rs23 billion higher than the disbursements made during the corresponding period of last year.

In order to mobilise the Islamic Windows of commercial banks for agricultural financing, a disbursement target of Rs50 billion was assigned for 2018-19.

Accordingly, the windows of commercial banks as a group disbursed Rs32.7 billion or 65.4pc of the annual targets during FY19.