'The court cannot issue a stay order until the companies submit Rs36bn, which is half the amount claimed by PTA' 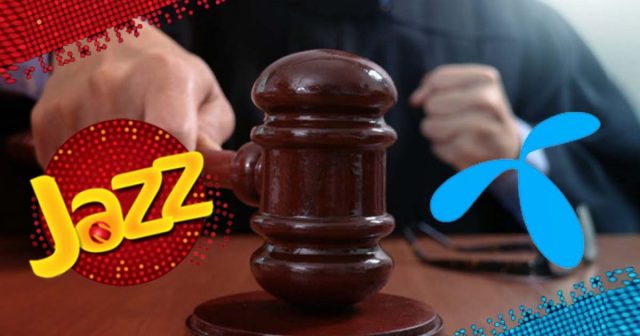 ISLAMABAD: The Islamabad High Court (IHC) on Wednesday directed two mobile companies, Mobilink and Telenor, to submit Rs36 billion ($224 million) each within two weeks to get their licences renewed.

The court asked the two companies to submit at least 50 per cent (Rs36 billion) amount of the total mentioned by the Pakistan Telecommunication Authority within the above mentioned time.

IHC’s Chief Justice Athar Minallah conducted the hearing on a petition of two mobile companies challenging the notice of PTA for submission of Rs72 billion each to get their licences renewed.

During hearing, the chief justice observed that the court could not issue a stay order on petition until the companies submit half of the amount. Later, the court adjourned hearing of the case for one month.

‘WILL ONLY PAY HALF’

Meanwhile, telecom giant Telenor Pakistan announced on Wednesday that it has offered to pay $224.6 million to the government for licence renewal purposes.

The licences, which Telenor and Jazz had acquired in 2004 through an auction at a cost of $291 million or approximately Rs17 billion then, expired over two months ago on May 25. The government had demanded a sum of $72 billion apiece by August 21 from both companies in order for them to renew their licences. The figure apparently has been calculated using the spectrum auctions that took place in 2016 and 2017 as a benchmark.

In a press statement, Telenor Pakistan said that the renewal of its licence was delayed by the PTA and “faces further delays due to unfair demands on pricing and rollout obligations”.

The company cautioned that legal and financial hurdles created by the authorities “may significantly distort the competitive landscape” of the telecommunication industry in Pakistan.

“Telenor Pakistan has been very keen towards timely renewal of its telecom licence and, in the past two years, tried its utmost towards a fair and transparent outcome,” the statement said.

The company emphasised that it had made the offer “to safeguard the interests of its valued customers” and added that it would continue to “pursue its legal case to fully protect its rights available under law”.

“The company remains hopeful of a fair outcome and looks forward to the government and PTA to fulfil its commitment to ensure fair competition and forward-looking policies and regulations,” the statement concluded.