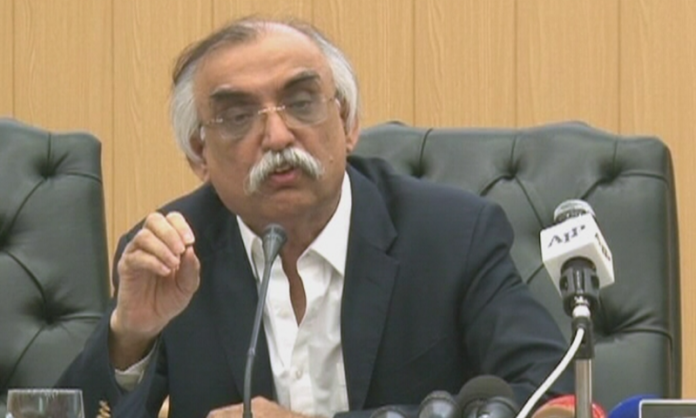 ISLAMABAD: Federal Board of Revenue (FBR) Chairman Shabbar Zaidi said on Wednesday that the business scenario in Pakistan – prevalent for the last four decades – needs to change at the earliest.

“The current economic model must change otherwise Pakistan will end up in a huge crisis,” he said while addressing the ’21st MAP Convention: Challenging Times, Winning Strategies’, organised by the Management Association of Pakistan, at a local hotel.

“Style of operations both on the business side as well as the government side must change. We cannot survive with an import-led growth strategy. Our imports stand at $61 billion while our exports have been stagnant at $20 billion for the last five years. Remittances are somewhere $17 and $18 billion. All this has to change,” the FBR chairman said.

Zaidi informed that Pakistanis have parked around $120 billion abroad and that most of it – around $70 to $80 billion – is legal money.

“Investing or transferring money abroad is not illegal. But most of the money parked outside Pakistan is untaxed, which makes it illegal.”

He said the “relaxed” tax, forex and anti-smuggling regimes of the past have brought Pakistan to a crisis, adding that continuation of such regimes without any confrontation was criminal.

“Owing to the policies of the previous regimes, there is no distinction left between who is going by the book and who is not.”

Zaidi said some actions of the business community were tantamount to ‘hypocrisy’, as “they (businessmen) want corrective measures in the economy but at the same time resist when the FBR initiates its work”.

Referring to the CNIC condition, he said that it was the only matter where FBR had faced immense resistance. “But there cannot be business-friendly taxation. It is either friendly or it is taxation,” Zaidi jested.

He said that he is now trying to minimise human interaction in the FBR so that the abuse of power and chances of corruption could be reduced.

“Being on both side of the table, I have come to know that the mindset of the business people and income tax officers is completely opposite. Use of modern technology is inevitable to reduce this friction.”

The FBR chief said he is dissatisfied with the current number of filers in Pakistan. However, he added, it would increase gradually with measures taken.

On documentation of the economy, he said that the practice to keep account books in small and medium businesses remained completely abandoned since the 1980s and people now have no idea how to go about it.

“They have no records.”

He said that FBR, from Sept 1, would start questioning shopkeepers about the imported items available at their premises.

The FBR chairman believed that Pakistani doctors and accountants, who previously made their careers abroad, will not be able to do the same anymore.

“According to what I see is happening in the Middle East and the West, I don’t think Pakistani doctors and accountants etc. will have the same opportunities. The opportunities are narrowing thick and fast,” he opined. “However, it is a blessing in disguise for Pakistan as people will now take the country more seriously.”

He said that the response of the Middle East towards crisis in Kashmir must have “busted many myths in our heads”, adding that it happened for the good “as we now the value of being self-resilient”.