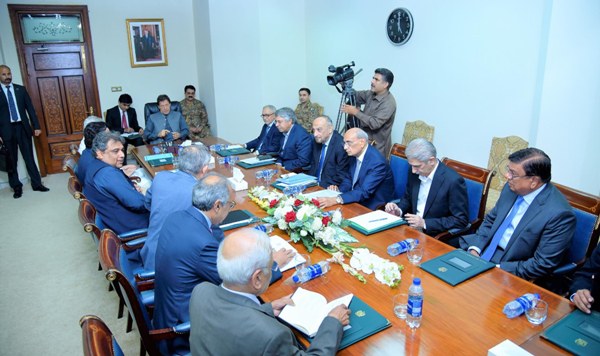 ISLAMABAD: Prime Minister Imran Khan on Tuesday reiterated that the government was striving hard to provide all possible facilities to businessmen in order to accelerate economic activity in the country.

“The government is also focusing on generating business activities in the country as it would create employment opportunities and reduce poverty,” the prime minister said while talking to a delegation of leading industrialists and businessmen at the PM Office.

PM Imran invited the industrialists and businessmen to present their proposals to the government so that the country’s economy could be improved.

The prime minister said the government would continue to hold consultations on all sectors of the economy, adding that meetings with business communities would be held regularly in this regard.

The business community on the occasion expressed complete trust in the government’s economic policies and lauded the economic team for taking the right steps.

The prime minister directed his cabinet members and advisers to seriously review the proposals and to involve the business community in decisionmaking.