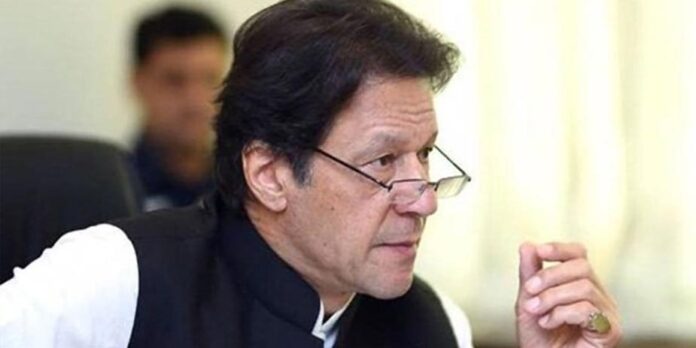 ISLAMABAD: Petroleum Minister Omer Ayub on Tuesday said the decision to waive off Rs208 billion in taxes to the wealthy industrialists was taken to “settle a long-standing dispute” after he was directed by the prime minister to clear up the ambiguity surrounding the matter as the decision wasn’t taken to “benefit any individuals”.

In a weekly cabinet meeting, Prime Minister Imran Khan directed the minister concerned to explain it to the people why the taxes were written off.

“No one would be given an undue advantage as it is up to the government to guard the national exchequer,” Imran claimed.

During the meeting, the economic team also gave a detailed briefing to the members of the cabinet after they questioned the decision of waiving off the GIDC.

He said the decision was in line with the government’s policy and vision of Imran Khan to “reduce impact of rising prices of commodities on the common man”.

The minister said: “No free lunch is being offered to any industry or sector through this measure.” He said it will generate Rs45bn.

He said the government strongly believes in transparency and will not take any step against the public interest.

Omar Ayub said the fertiliser industry will need to submit a forensic audit to determine if it had collected GIDC from farmers, and if so, to what extent.

They would have to refund such amounts to the farmers through future price adjustment or surrender these amounts to the government treasury, he explained.

He said the amount waived off will be used by these companies for developing and improving infrastructure.

He said in total there are seven beneficiary fertiliser companies, of which two have already availed the facility during the previous PPP tenure. All of these are public limited companies and are fully audited, he explained.

The government waived off approximately Rs208 billion in GIDC through a presidential ordinance with effect from August 28.

According to a local media outlet, influential industrialists, and owners of fertilizers, CNG and Captive Power Plants, K-Electric, Gencos and Independent Power Producers (IPPs) will pay half cess of the amount collected from May 22, 2015 to December 21, 2018.

The ordinance also has reduced to zero the rate of cess for textile, carpet, leather, surgical and sports industries and the captive power plants.

KASHMIR TO BE TAKEN UP AT ALL INT’L FORA:

Speaking to reporters, Firdous said that the cabinet has decided to knock at all international doors against the curfew imposed by the Indian government in the occupied Kashmir.

She said the prime minister took the cabinet into confidence regarding measures being taken by the government to internationalise the Kashmir issue and to expose the atrocities.

The prime minister apprised the cabinet of the fascist mindset of the Modi government which was condemned by the cabinet members.

She said due to “effective diplomacy” of the Pakistan, effective voices at Organisation of Islamic Cooperation (OIC) and European Union have emerged.

Referring to other issues that came up during the cabinet meeting, Firdous said Imran directed the minister concerned to table hospital waste management policy in the next cabinet meeting after holding thorough consultation with the provinces.

He expressed displeasure over the dumping of waste by government and private hospitals.

She said the information ministry has put forth the suggestion for setting up learning centers in big cities for the facilitation of the journalist community as well as the general public. It will allow people to avail the internet facility in addition to information.

The cabinet was briefed in detail about the steps being taken for the madrassa reforms and to make the curriculum uniform across various educational institutions in the country.

The curricula will be streamlined under a unified policy and the education minister will give details to the media in this regard.

She said a high powered committee will collect data from each ministry to make the process transparent for regularising of services.

She said the cabinet deferred the discussion on the real estate regulatory authority due to Senate in session.

This issue will be discussed in the next cabinet meeting in order to streamline various housing developments in the country.