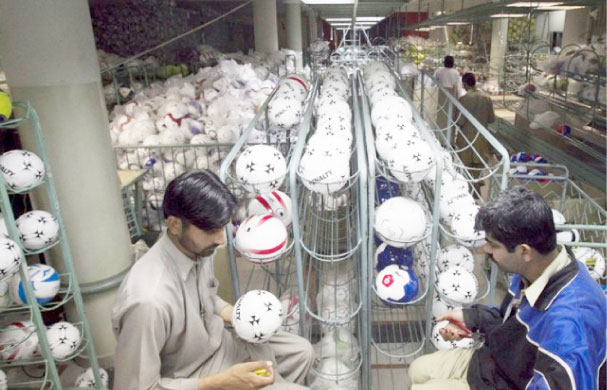 ISLAMABAD: The export of sports goods from the country witnessed a decline of 5.93pc during the first two months of the current financial year (July-August FY2019-20) as compared to the corresponding period of last year, Pakistan Bureau of Statistics (PBS) reported.

During the month under review, the export of gloves decreased by 2.53pc, whereas that of footballs and other sports products increased by 11.26pc and 18.83pc respectively.

During the month under review, the export of footballs, gloves and other sports products went up by 8.63pc, 12.55pc and 27.65pc respectively.

It is pertinent to mention that the trade deficit during the first the two months of the current fiscal year dipped by 35.86pc as compared to the corresponding period of last year.

During the period under review, the exports from the country increased by 2.79pc, from $3.651 million last year to $3.753 million.