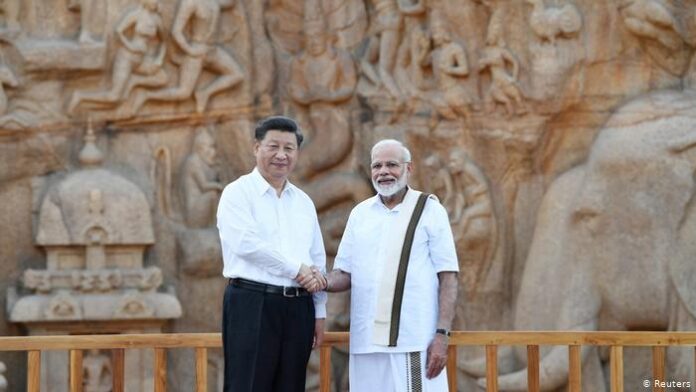 Xi and Modi held nearly six hours of talks in an Indian seaside town in their second annual summit designed to break through decades of distrust over border disputes, trade rows and China’s close military ties with Pakistan.

Relations were ruffled further in August when India revoked the special status of the Himalayan territory of Kashmir, angering both Pakistan, which claims the region, and its all-weather ally China.

But the question of Kashmir was not discussed during Saturday’s summit and instead issues of trade and investment were taken up, Indian Foreign Secretary Vijay Gokhale said.

China, embroiled in a bruising trade war with the United States, was quite appreciative of the imbalance in its own trade with India and willing to address it, Gokhale told reporters.

“There was a good conversation on trade, an issue of concern; President Xi said China is ready to take sincere action in this regard and discuss in a concrete way how to reduce the deficit,” he said.

Bilateral trade between China and India reached $95.54 billion in 2018, with the trade deficit at $53 billion in China’s favour, the biggest India has with any country.

“One of the understandings the two leaders reached was that a new mechanism will be established to discuss trade, investment and services,” Gokhale said. The high-level group will be led by Indian Finance Minister Nirmala Sitharaman and Chinese Vice Premier Hu Chunhua.

Indian generic drugmakers have long sought greater market access to China, as have India’s IT services. Xi said both were welcome.

China, for its part, has been urging India to take an independent decision on telecom equipment maker Huawei’s bid for India’s proposed 3G network and not be swayed by US pressure.

The United States has asked its allies not to use Huawei equipment, which it says China could exploit for espionage. Beijing denies this accusation.

In his opening remarks, Xi said he had a free and frank discussion with Modi and would pursue proposals the two leaders discussed to improve bilateral ties. “Yesterday and today we have engaged in candid discussions and as friends,” Xi said.

“I look forward to further discussions, I may follow up on proposals discussed yesterday.” Xi did not elaborate.