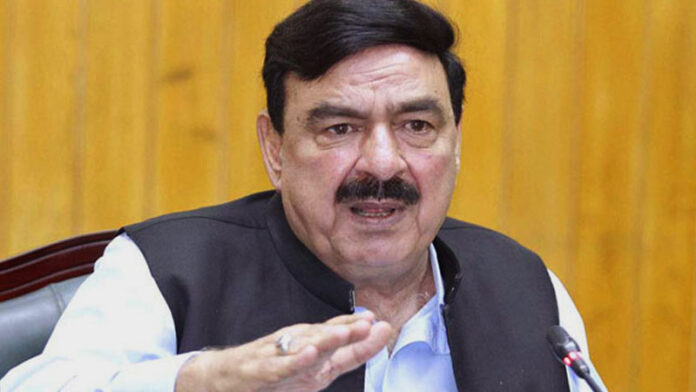 LAHORE: Railways Minister Sheikh Rasheed Ahmad said on Saturday that the railways’ deficit would be ended completely within three years instead of the supposed target of five years.

Addressing the media at the Railways’ Headquarters, he said that PR had earned more than Rs10 billion last year, which was a record.

“PR earned an additional Rs500,000 during the first three months of the current fiscal year (FY20) compared with the same period last year,” he maintained.

The minister expressed satisfaction over the signing of an agreement with China for the uplift of Main Line-1 (ML-1), saying that the project was a distant dream which was now becoming a reality.

He said that more than 100,000 vacancies would be generated through the ML-1 project and the PR would recruit employees from the previous 1.2 million applications so no new advertisement would be published.

“PR is attaching four economy coaches with Jinnah Express Train on public demand and the fare of these coaches will be halved,” he announced.

The minister said that turntables for locomotives had been installed at Premnagar Dry Port and Sahiwal, as the locomotives had to come to Lahore for turning their side which consumed several hours.

He said that Nankana Sahib Express Train for Nankana Sahib Railway Station was being introduced to facilitate the Sikh community.

“Railways has successfully established a computerised command and control centre at the headquarters where officers could be able to monitor the movement of trains.”

He said the ML-2 project, in which a standard gauge railway track would be laid, was also under consideration. The speed of the train would be 250 kilometres per hour on the ML-2, whereas the same on the ML-1 track would be 160km per hour.

“As per the agreement with China, work on the ML-1 project will start next year,” he added.

He thanked Chief of Army Staff General Qamar Javed Bajwa for discussing ML-1 in his talks with the Chinese president.