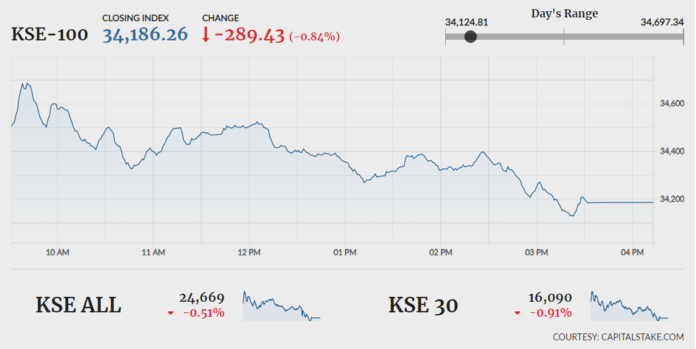 KARACHI: The Pakistan Stock Exchange (PSX), which opened positively on Monday, failed to sustain its gains in the second half and closed the session in the red zone.

Keeping up with their selling pattern, foreign investors offloaded shares worth $4.15 million in the preceding week (October 7-11).

On the economic front, a Pakistani delegation, headed by Economic Affairs Minister Hammad Azhar, is currently in Paris to inform the Financial Action Task Force (FATF) about steps taken by Pakistan to counter money laundering and terrorism financing. In case the FATF is satisfied with the steps, the procedure to remove Pakistan from the grey list would commence. However, the body may consider steps to include Pakistan in its blacklist if the latter is found non-compliant.