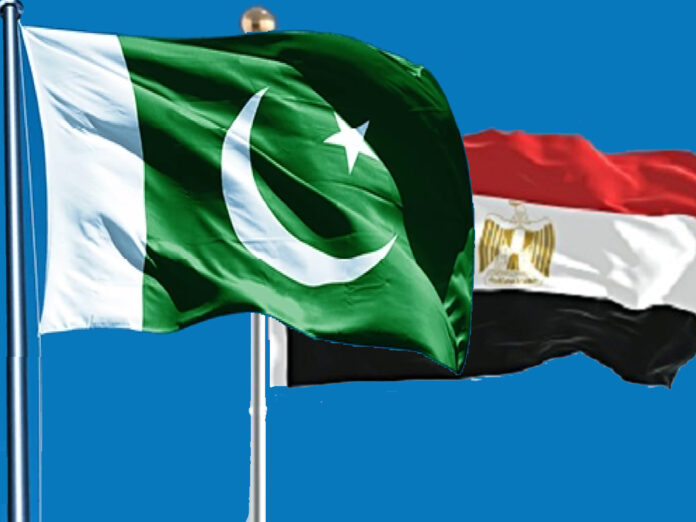 ISLAMABAD: The Ministry of Commerce organised a Pakistan-Egypt Trade Conference in Islamabad. It was the first of a series of such conferences planned with African countries under the ministry’s “Look Africa Policy Initiative”.

The Ministry of Commerce and the Egyptian Commercial Service on the occasion also signed a memorandum of understanding (MOU) for the establishment of a Pakistan-Egypt Joint Working Group (JWG) on trade.

Addressing the Egyptian delegation, Adviser to Prime Minister on Commerce Abdul Razak Dawood appreciated the warm, historic and brotherly relations between the two countries and expressed the desire to make the trade relations commensurate with the political relations.

The adviser emphasised the export potential of Pakistan in sectors like engineering goods, rice, agro-processed products, surgical, pharmaceutical and sports goods. He also highlighted the investment opportunities available in Pakistan, especially in the engineering sector.

Ahmed Anter welcomed the policy as well as the establishment of Pak-Egypt JWG on trade.

Meanwhile, the first meeting of the JWG on trade was held on the sidelines of the trade conference. Both sides emphasised the importance of enhancing the current trade volume to reflect the untapped trade and economic potential between the two countries.

Both parties agreed to enhance trade promotional efforts through the signing of an MOU between the Trade Development of Pakistan (TDAP) and the Egyptian Commercial Service, organization of a single country exhibition in Cairo/Karachi, and frequent exchange of delegations and participation in each other’s international trade fairs.

The Egyptian delegation invited the Pakistani side for a follow-up visit to Egypt and appreciated the opening of a new commercial section in Cairo. Both sides emphasised that in order to translate excellent brotherly relations into meaningful economic and trade cooperation, frequent engagements at government-to-government and business-to-business levels must be ensured.

Adviser Dawood and Egyptian Ambassador Ahmed Fadel Yacoub witnessed the signing of the minutes of the first JWG meeting between Pakistan and Egypt.