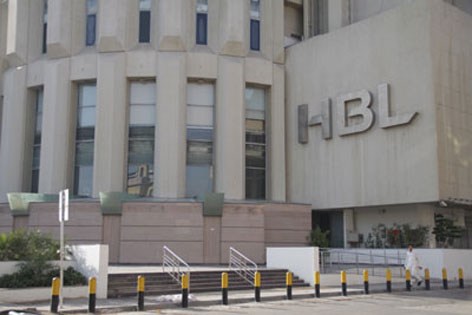 KARACHI: The State Bank of Pakistan (SBP) had fined Habib Bank Limited (HBL) an amount of Rs35.62 million on October 4 for violating regulations.

According to a notice issued by the SBP, the penalty was imposed mainly on the “deficiencies” in HBL’s foreign exchange operations and Customer Due Diligence (CDD).

“The bank has been advised timelines to bring improvements in its systems/controls to avoid recurrence of such lapses/violations in future,” the notice read.

When reached for comment, HBL said in an email that the fine was regarding a specific set of transactions between 2015 and 2017.

“Transactional irregularities were detected in a few of our branches in Lahore. Some bank staff, acting illegally, in their individual capacity, undertook transactions that negatively impacted the bank,” the email said.

In response, HBL filed a complaint with the police, and an FIR was registered. The case is still being investigated by agencies.

“The bank endeavours to be compliant with all regulatory requirements. We take such matters very seriously,” the email added.

This is not the first time the central bank has fined HBL. On August 2-3 2019, the SBP imposed a penalty of Rs320.08 million on HBL for violating regulations on Anti-Money Laundering (AML) and Combating Financing of Terrorism (CFT) regulations.

As per the SBP, HBL had also violated consumer protection regulations, specifically for “erroneous deduction of service charges from customers”.

According to HBL, the bank has been transforming its compliance systems to adhere to international standards since early 2018 and is strengthening its AML and CFT protocols by partnering with global experts.

The news of the most recent fine comes on the heels of increased regulation and fines imposed by the SBP in the last few months, through its offsite supervision and enforcement department.

The SBP has become more vigilant about complying with international standards due to Pakistan being included on the Financial Action Task Force’s grey list. The country has until February 2020 to complete the FATF’s action plan.

In September 2019, the SBP fined three banks a total of Rs133.3 million; Meezan Bank Ltd, Askari Bank Ltd, and MCB Islamic Bank Ltd. The penalty was imposed over violations by all three banks in Know Your Customer (KYC) and CDD.

In July 2019, the SBP fined four banks a total of Rs184 million; the Bank of Punjab, JS Bank Ltd, Bank Al Habib Ltd, and Soneri Bank Ltd. The penalties were mostly for violating AML and KYC.