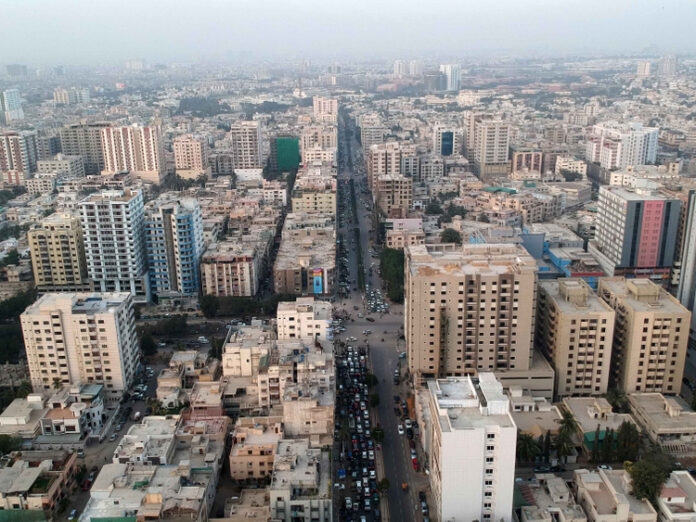 ISLAMABAD: In an apparent attempt to pacify its key coalition partner in the federal government – Muttahida Qaumi Movement-Pakistan (MQM-P), the Pakistan Tehreek-e-Insaf (PTI) government is likely to review the development shares for Karachi and Hyderabad.

Apart from the shares for Karachi and Hyderabad, the ruling party would also speed up the implementation on the promised Karachi package announced after the general election, reliable sources informed Pakistan Today.

Adviser to Prime Minister on Finance and Revenue Abdul Hafeez Shaikh recently held a meeting with a delegation of MQM leaders in Islamabad to discuss the grievances of the Karachi-based party regarding funding constraints in the megacity, which had voted for the ruling party in 2018.

The meeting was held at a time when MQM was beginning to raise concerns over the government’s future, besides debating the benefits that MQM had so far gained in response to extending its support to the PTI government.

It may be noted that Pakistan Muslim League-Quaid (PML-Q) and Grand Democratic Alliance (GDA) – allies of the federal government – had already expressed their annoyance with the ruling party during the sit-in days of Jamiat Ulema-e-Islam.

During the meeting held a few days ago, insiders claim the MQM delegation was informed that the federal government would fulfil all its commitments regarding the Karachi Package. It was also informed that the execution of Karachi Bus Rapid Transit project would be expedited and that the project was being shifted to the Cabinet Division from the Ministry of Communication.

“The Cabinet Division will now supervise the execution of the mega transport project in Karachi,” sources said.

During the meeting, MQM’s major demand was regarding the reinstitution of the abolished municipal/city taxes including ‘Octroi and Zila’ taxes.

The Octroi and Zilla Tax (OZT) were used to apply to goods entering a city or a district. Local governments would thus earn revenue from goods entering their cities. But the tax was abolished in 1999. The central government had then decided to compensate for the loss by raising the sales tax from 12.5pc to 15pc.

After the abolition of the taxes, it was the responsibility of the Sindh government to give the due share to Karachi and Hyderabad as compensation of the old taxes. But the local governments, mainly under MQM, have always cried over lack of resources/funding and due share from the provincial government.

The finance ministry officials assured the MQM leaders that the issue would be reviewed so that the reservations of the local government could be addressed.

According to sources in the finance ministry, over Rs450 billion was transferred to Sindh under the distribution mechanisms since the abolition of OZT in 1999.