‘US manipulating public opinion by propagating against CPEC’ 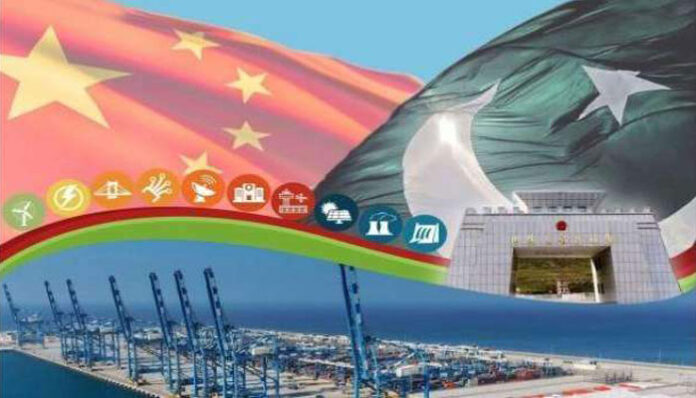 LAHORE: China is unquestionably the world’s next superpower and its growth rate will soon surpass USA’s annual growth rate while the western media would still be busy in propagating fake and negative news about China Pakistan Economic Corridor (CPEC) and Xinjiang to manipulate public opinion.

These remarks were made by Chen Xiang, Director China Radio International Confucius Classroom, during a special lecture organized by Pakistan Institute of China Studies (PICS), Sargodha University, on Tuesday.

Throwing light on the history of China, guest speaker Chen Xiang said that China is one of the oldest civilizations of the world with a continuous history of more than 5,000 years. The fact that China has never invaded any country proves that China is a peace-loving nation and it has no intentions of expanding its territory, he added.

Xiang said that Pak-China friendship is higher than mountains and deeper than the ocean and both countries can potentially help each other in achieving economic goals. “Agriculture-based market in China is widely open for Pakistan as it is very difficult for China to feed 22 per cent of the world’s population with only seven per cent of the planet’s arable land,” he maintained.

Xiang, who has been living in Pakistan for more than a decade, threw light on the negative role of western media which has long been spreading fabricated news to malign China.

“China takes no country as its rival including the United States; however, it seems that America is not happy with the rapid growth of China,” he stated.

According to Xiang, CPEC has linked Pakistan’s growth with China. The mega project would help curb the menace of poverty, not only from Pakistan but also from the entire region, he said, adding that Pakistan will too grow and develop with the growth of China.

Addressing on the occasion, Vice Chancellor Dr Ishtiaq Ahmad said that Pakistan should follow the footprints of China which has lifted 850 million people out of poverty and corruption.

In his view, Pakistan should further strengthen its economic ties with China as it will be the largest economy of the world in coming years.

He informed the participants that Sargodha University has signed many MoUs with Chinese institutes in the field of agriculture that would help uplifting the agriculture in Sargodha region.