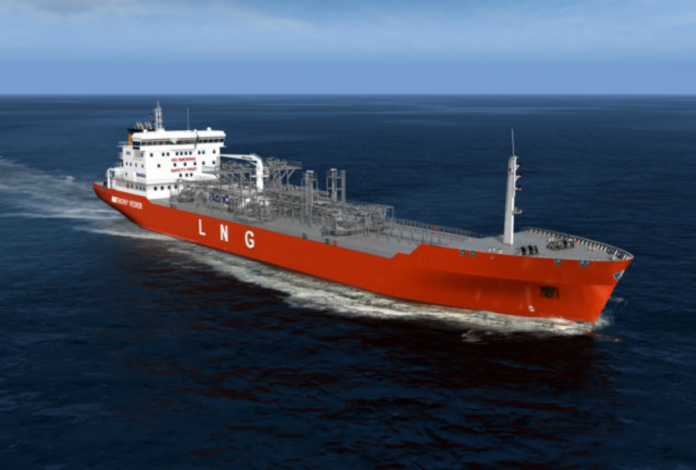 Following the introduction of ease-of-doing-business strategy by the government, as many as five private sector companies were planning to set up Liquefied Natural Gas (LNG) terminals, having the capacity to re-gasify 500-700 Million Cubic Feet per day (MMCFD) gas each.

“We do believe the LNG is here to stay, but we have decided that this sector has to be completely opened up. So, the government has allowed all five companies that wanted to set up their own terminals in Pakistan,” a senior official privy to petroleum sector developments said.

He said it was not the government job to decide who had the muscle, market clout and power to succeed. “It is for the market to decide.”

The official said the government’s footprint in the coming years in the energy, as well as other sectors, was going to shrink. “It is not only the government’s stated policy but fervent desire and intention.”

He said the government was going to do major restructuring on the pipelines side by converting them into ‘open access pipes’ and during the next two years, “We intend to separate the transmission from distribution and open up the sector for use through private supplies and open access. Let the private sector compete with government distribution companies and let them run faster and become more efficient.”

He said private sector companies including Exxon, Shell, and Mitsubishi besides Spanish and French firms were poised to establish LNG terminals in Pakistan, who were considered the world-leading players in the energy sector.

The official said the federal cabinet had recently cleared the private sector companies, adding “A terminal, as per international standard, takes almost two years to complete once its construction starts.”

Currently, the official said, two LNG terminals were operating at Port Qasim Karachi and injecting around 1200 MMCFD gas in the distribution network, adding the capacity of Floating Storage and Re-gasification Units (FSRUs) was also being increased.

He said the Petroleum Division had planned to bring an additional 400 MMCFD LNG in the system by December, out of which “200 MMCFD is guaranteed as tender had already been floated to ensure transparency.”

The LNG, he said, was considered the only available instant-option to meet the country’s ever-growing energy needs, as currently, domestic production of gas was around four Billion Cubic Feet per Day (BCFD) against the demand of 7-8 BCFD. “There is a 50 percent gas shortfall in the energy mix needs of the country.”