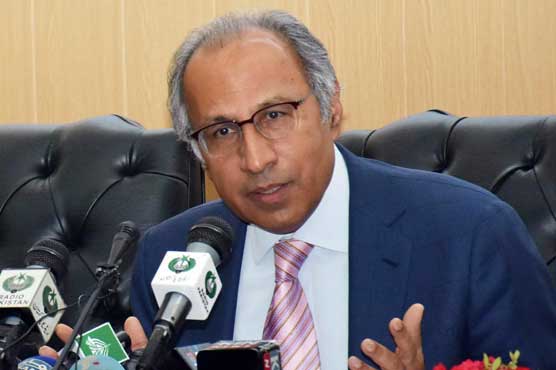 KARACHI: Adviser to PM on Finance Abdul Hafeez Shaikh said on Friday the government had, so far, returned $10 billion worth of foreign loans.

Addressing a ceremony at the Pakistan Stock Exchange in Karachi, he said that some of these loans were not even acquired by the present government.

The finance adviser maintained that Pakistan’s economy was on an upward trajectory and that its performance was being acknowledged by all the major foreign financial institutions.

“Members of the Asian Development Bank reported to their board that Pakistan’s performance warrants the provision of special instruments,” he said.

Shaikh said that after a period of four years, portfolio investors had expressed their confidence in the country and invested in excess of $1 billion. He said that the foreign direct investment had witnessed a 87pc increase in the first five months of the current financial year as compared to the past year.

“All the investors, evaluators, analysts, agencies and organisations whose task it is to monitor the economies of countries, have all given Pakistan a thumbs up.

“They are all saying Pakistan has stabilised. Pakistan is on its way to long term growth. And these are all good signs.”

He said that Pakistan was also undergoing institutional development. “People come and go but our growth rate is never sustained because we do not focus on the development of our institutions.”

He said that it was the prime minister’s vision to have competent people run the government and given the responsibility to improve the state of institutions.

“For the first time, we gave the State Bank autonomy and let them draft the monetary policy.

“We wish to empower all other institutions as well to make their own decisions.”

He said that it was also decided that the private sector will be the engine of growth. “You must have seen it is not the case that PTI workers are being given coveted government jobs. No. We aim to provide you all these incentives so that you all can hold all the good quality jobs.”

The finance advisor said that the government was also inviting options from the business community for better domestic production.

He also spoke of the government working hard to address all their concerns such as refunds, recalling that after a meeting with business leaders, Rs30bn in promissory notes had been converted to cash within 24 hours.

“Our government is different because we are here for you always.”

Speaking of challenges that persist, the finance advisor said that the government was working to reduce inflation. “We did not increase petroleum prices in the last five government because there was no rise in prices globally,” he explained, adding that an increase in fuel prices is the natural consequence of a global rise in prices.

He said domestic production was also a worry for the government as well as the role of women in the economy for which the government would continue to make efforts for improvement.

PESHAWAR: The Khyber Pakhtunkhwa (KP) Culture and Tourism Authority has approved the creation of eight new tourists’ zones to promote tourism in the province. The...
Read more
HEADLINES

Govt to hire advisors for issuance of Eurobond, sukuk

The government is expected to hire advisers to issue dollar-denominated bonds in the international market by this or early next week, the Finance Ministry’s...
Read more
HEADLINES

ISLAMABAD: The export of cement witnessed an increase of 11.79 per cent during the first four months (July-Oct) of the current financial year (FY21)...
Read more
HEADLINES

Oil rally stalls despite surprise fall in US stocks

November 26, 2020
TOKYO: Oil slipped on Thursday, stalling a rally driven by a surprise fall in U.S. crude inventories that added to bullishness over expectations progress...