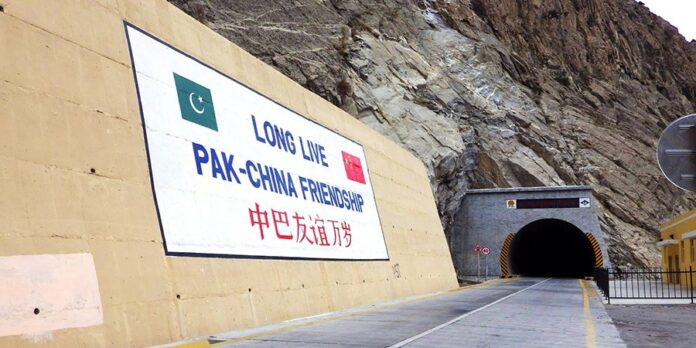 ISLAMABAD: With the approval of Mainline-I (ML-I) Railway Project, the total cost of projects under the China-Pakistan Economic Corridor (CPEC) has surged to $50 billion – the biggest investment made by any foreign country in Pakistan.

The Karachi–Peshawar Railway Line (referred to as ML-1) would cost around $9 billion. The project would upgrade the country’s railway track infrastructure, speeding up railway traffic movement up to 120 miles per hour from Karachi to Peshawar.

Documents revealed that 46pc work on Gwadar Eastbay Expressway has been completed while New Gwadar International Airport was being constructed with Chinese grant. The airport would be the largest in Pakistan.

To enhance the friendly relationship between the people of China and Pakistan, both governments have also signed agreements for poverty alleviation. In this regard, two memorandums of understanding (MoUs) were signed on November 3, 2018, during the official visit of Prime Minister Imran Khan to China.

According to the official documents, the primary objective of the MoU with State Council Leading Group Office of Poverty Alleviation and Development was to achieve sustainable development goals (SDG) of the UN by means of facilitating mutual learning and experience sharing. The key areas of cooperation under the MoU include knowledge and experience sharing; capacity building, and community-based development pilot project in an underdeveloped area.

Agricultural Industrialization-led Poverty Reduction Pilot Project in an underdeveloped agricultural area was being planned while cooperative research was also in the pipeline.

The second MoU was regarding the establishment of a joint working group under CPEC for promotion and implementation of the Socio-Economic Development Project through Chinese government grants and interest-free loans under CPEC. Six sectors identified for cooperation in this regard include agriculture, education, medicine, poverty alleviation, water supply and vocational training.

ISLAMABAD: Pakistan continues to slide on “Inclusive Internet Index” to drop to 90th rank among 120 countries, according to a global report for the...
Read more
HEADLINES