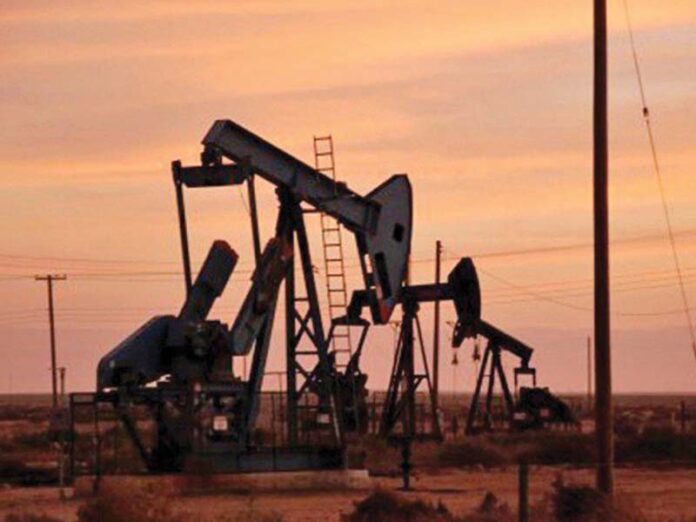 ISLAMABAD: The Petroleum Division and the Directorate General Petroleum Concession (DGPC) have been allegedly ‘pressuring’ an Exploration and Production (E&P) company for starting gas production from Badin IV South Gas Fields before settling the additional premium per MMBTU.

The company claims additional premium of $0.25 per MMBTU for gas fields production under the Marginal/Standard Gas Fields-Gas Pricing Criteria and Guidelines, 2013 against what it said have already been declared marginal in nature.

Sources said without resolving the controversy of an additional premium by DGPC, Special Assistant to the Prime Minister on Petroleum Nadeem Babar has asked the E&P company, which had spudded the gas fields earlier, should commence gas production from the fields and then request for reconsideration of price.

According to the Petroleum Division, Nadeem Babar says “the company may commence gas production from the fields and pay all outstanding obligations (exceeding US$ 400,000) and then request for reconsideration in the matter.”

On the other hand, third party who was earlier nominated by DGPC to examine the fields has repeatedly informed that the gas fields were marginal in nature and recommended that price of gas for Badin IV South Gas Fields should be set in accordance with Marginal/Standard Gas Fields-Gas Pricing Criteria and Guidelines, 2013.

Located in Sindh, Badin IV South Gas Fields are operated by PEL and two other foreign Joint Venture (JV) partners namely FHL of Canada and GPXP of Kuwait with $60 million investment in the block.

With three gas discoveries in the said block namely Ayesha, Ayesha North and Aminah, the completely developed fields have been ready to produce and inject 30 MMCFD of high-quality gas into the SSGCL system since June 2019. However, the only pending matter remained the approval of marginal price incentive for Badin fields by DGPC in accordance with guidelines.

DGPC Imran Ahmad rebutting the previous story said as per the aforementioned guidelines, the marginal fields gas prices will be set in accordance with the Petroleum Exploration & Production Policy 2012 with an additional premium of US$ 0.25 MMBTU for the three zones as defined in the policy.

“It was concluded that the joint economics of Ayesha, Ayesha North and Aminah fields calculated on conventional price is positive on point forward basis, therefore, these fields could not be declared as marginal fields. Accordingly, the company’s contention of considering past cost (being sunk cost) as per accepted principle of all economic studies being consistently followed in all earlier precedents have been rejected,” DGPC clarified in his statement.

However, documents available with Pakistan Today disclosed that IPR International Energy Group had inspected the gas field and declared the field to be marginal in nature. However, DGPC raised objections on its report and asked the firm to inspect the field once again. The results were the same this time as well.

Sources earlier told this scribe that DGPC has so far refused to give an additional premium of US$ 0.25 per MMBTU for three zones as defined in the Petroleum Exploration & Production Policy 2012.

They said DGPC Imran Ahmed’s incompetence has placed an additional burden on the national exchequer and the economy. Due to gas shortage in the country the government, that has been importing expensive Liquefied Natural Gas (LNG) which costs $10/MMBTU, has so for paid around $50 million, sources added.

DGPC is concealing and distorting facts to hinder the addition of this cheap gas into the system in order to facilitate the import of more expensive LNG imports, sources alleged and added that DGPC’s actions have deprived the government and the locals of earning money in this crucial time, sources maintained