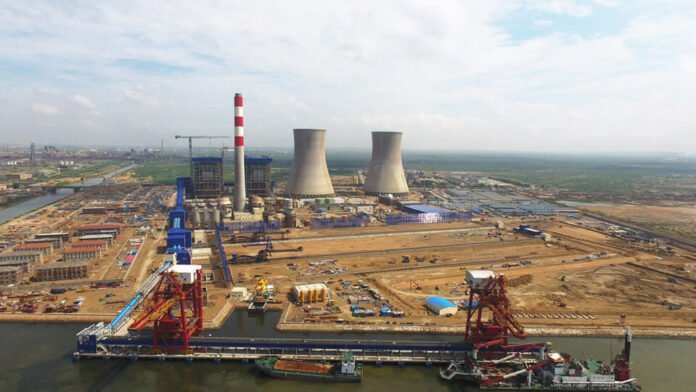 KARACHI: Coal-based power generation jumped 94.5 percent to 2,030 Gigawatt hours (GWh) in the year to November 2019, taking its share in the country’s energy mix to 27 percent, thanks to China Power Hub Generation and Engro Powergen Thar project.

China Power Hub Generation Company (CPHGC) set up a 1,320-megawatt plant at a cost of $2 billion at Hub, Balochistan, under the China-Pakistan Economic Corridor (CPEC).

The imported coal-fired power plant started commercial operations by supplying power to the national grid station in August 2019. The Engro Powergen Thar project of 660MW, set up at an estimated cost of $1.1 billion, operational in July 2019.

China is investing in 21 energy projects under the CPEC, a flagship project under the larger Belt and Road Initiative. The majority of this investment has gone into coal power generation.

According to data released by National Electric Power Regulatory Authority (NEPRA) the other day said overall electricity generation clocked in at 7,434GWh (10,325 MW) during November 2019, compared to 7,546GWh (10,480 MW) in the same month of 2018. Major contributors during the month were hydel, coal, nuclear, gas and RLNG (regasified liquefied natural gas). On yearly basis, coal-based power generation increased by 95 percent followed by 13 percent rise in hydel-based generation. However, gas and RLNG based generation went down by 54 percent and 47 percent, respectively.

There was zero generation on furnace oil, which is the most expensive source for power generation. Similarly bagasse-based cost of generation also went down by 11.4 percent to Rs5.5/KWh.